13th Habana Biennial: showcase of contemporary art in Cuba
Traveling to Habana in the framework of its art biennial is a luxury for those who love artistic creation, since the Habana Biennial is the largest visual arts event in Cuba. As a showcase of art on the island, since 1984 it has been consolidated as a cultural event of great impact worldwide, because it has become the preferred space in the Caribbean where artists exhibit their most recent creations to discuss topics that glue them as a region. Since then, the Habana Biennial has ensure visibility, not only to the Cuban artistic thought and practice, but also to the contemporary artistic creation of the southern hemisphere and other regions of the world. Since it was born, it has stimulated sociocultural work, theoretical reflection and the transformative role of visual arts in a polarized world, culturally segregated and dominated by market supremacy. Its contributions in the field of contemporary visual arts exceed the narrow framework of the island, and even its aspirations towards the so-called Third World, to become a world role model and paradigm of what an art biennal should be. 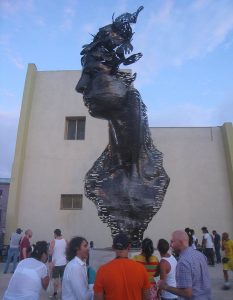 The Habana Biennial celebrates its thirteenth edition from April 12th to May 12th, 2019, showcasing in multiple exhibition venues that make up the artistic circuit in Habana: the Morro-Cabaña complex, the Wifredo Lam Center, the Cuba Pavilion, the House of the Americas, the National Museum of Fine Arts, etc. As a novelty of the event, in 2019 it will be featured for the first time outside of Habana - its usual headquarters since 1984 - to reach other provinces of the Caribbean country such as Matanzas, Cienfuegos, Sancti Spíritus and Camagüey. The expansive policy of the Biennial will thus let almost everyone around the island enjoy the magic of the Biennial. Currently, all the new open-studios allowing direct contact with the work of many established and novel Cuban artists, are added. Habana communities and neighborhoods will also be targeted for many of the artists involved in the biennial. Some will intervene demolished buildings, others will work with children and youth of the communities to project their concerns in their work. The goal is always to involve people and make them part of an artistic universe.

What to see during the Havana Biennial 2019?

Following its motto «La construcción de lo posible", the next edition of the Habana Biennial has been conceived by its promoters as a space for those typologies of contemporary art that understand creation as a "living event or ongoing experience." Aiming to invade the city with art in the year of its 500th anniversary, the Biennial will take to the streets with more force than ever, strengthening the link between art and life, integrating spaces and public.

For a whole month, Habana will, once again, become a giant art gallery, a space where each person and building will be part of a great artistic performance. Those who decide to travel to Habana around those dates will take part in an event which streams into the streets. On this occasion, the Linea and Malecón arteries will become cultural walks pointing to new paths of collective reasoning, based on the confrontation of different creative and transit models. This will ensure greater rapprochement between audiences, locations and levels of experience. 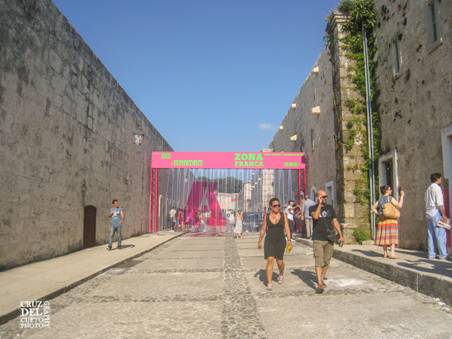 A lot of art to see

The aforementioned axes will become great artistic corridors that involve not only plastic creation, but also theater, literature, music, dance, engineering and science. So by that time there will be a lot of art to see in Habana.

This sociocultural desire will be especially reflected in the “Behind the Wall” project, which has been exhibited on the popular Habana Malecón over two editions. After its experiences in 2012 and 2015, it is proposed for 2019 to cover a larger public space -of about 6 kilometers of street- where to install pieces in order to turn art into a daily act, according to his promoter Juan Delgado.

It will include important artists that reflect their identity and that link to Habana, among which you will find Grimanesa Amorós (repeating from Peru), the mexicans Javier Marín and José Dávila, along with renowned Spanish graffiti artists.

Parallel to the exhibitions and central activities of the event, the Wifredo Lam Contemporary Art Center has historically run countless collateral exhibitions, tribute exhibits, workshops, meetings and symposia. For its 13th edition, more than 200 creators from fifteen to twenty countries will be presented, including: Portugal, Brazil, Colombia, Argentina, Mexico, France, Peru and Spain. As a multidisciplinary space, the Biennial will house projects that have points of contact with other manifestations such as music, literature and dance. In addition, in each edition the Biennial announces a Theoretical Event, so, on this occasion, it will give continuity to a critical thought about the Third World seeking to determine its historical and conceptual meanings.

In addition to traditional formats such as painting, sculpture or photography, Habana will also be filled with large installations, performances and the latest trends in contemporary art through squares and parks. However, the capital and the rest of the cities involved in the event across the west and center of the country, have other cultural attractions to offer. Those who decide to travel to Cuba in that dates will not only enjoy the cultural atmosphere that surrounds Cuba, but they will be able to tour a "city-museum", which will show its best face on its 500th anniversary. 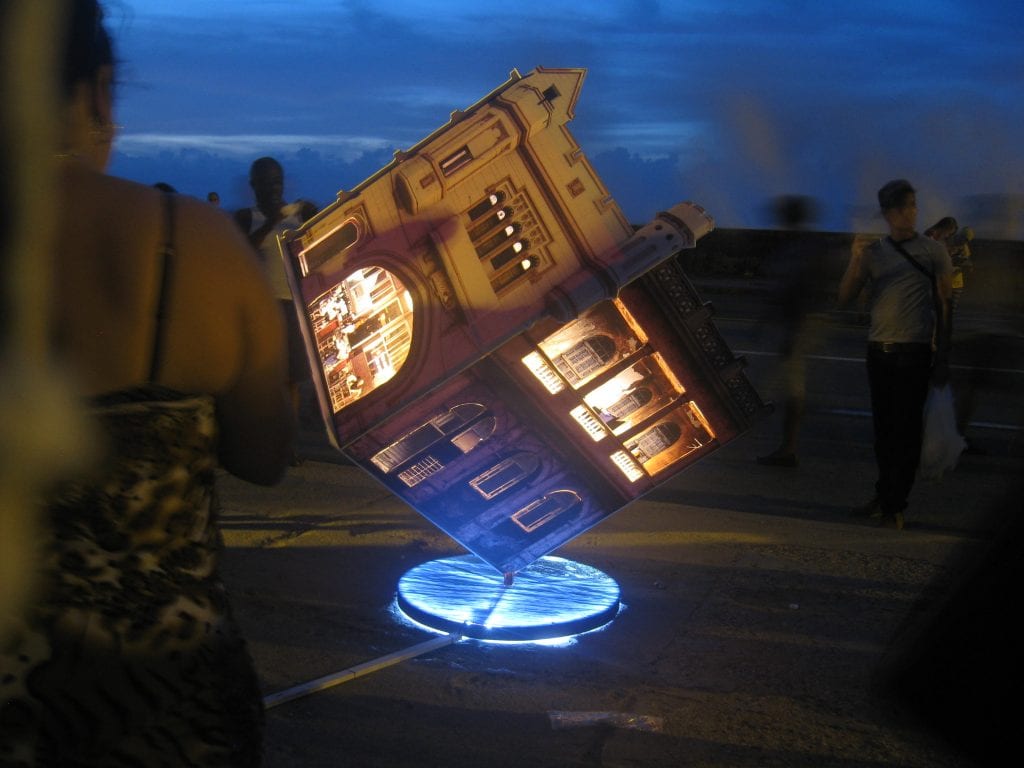 All of Habana - as well as the rest of the cities where the Biennial is celebrated - is a living example of an eclectic architecture, the result of the synthesis of imported styles: art deco, art nouveau, rationalism, brutalism, etc. Touring the city on foot or by car means entering into dialogue with restored buildings, as well as with the ruins that keep the living memory of a glorious past. If you want to know more about what to see about art and architecture in Habana follow the link.

In addition, a large part of the cultural appeal is concentrated in the Vedado area: theaters, cinemas, cinematheques, bohemian cafés, private galleries, museums, design shops, etc. On the other hand, the cities of Matanzas, Cienfuegos and Camagüey are living history. The "City of Bridges" is known for its bridges and viewpoints. Meanwhile, the "Pearl of the South" attracts for its neoclassical architecture. On the center of the island, the "City of the Tinajones" surprises for its traditionally work with clay, holding the Pottery Biennial.

The Havana Biennial as the tip of the iceberg

In this way, the Caribbean archipelago has a lot of art and culture to offer, practically from all its corners. The Habana Biennial as a sample button, through the itinerary offered in its 13th edition, stands as an essential vehicle to understand much of what has happened in Cuban, Latin American, Asian, African and international art in general. From its origins, it has been able to boldly identify those most authentic, experimental and emerging areas of art in those regions.

Discover the circuit to visit some of the main cities involved in the Biennial which CubaUnique organizes.