5 typical cuban dishes and where to taste them

The typical cuban food and cuisine says a lot about the idiosyncrasies of its people. You will find in Cuba a wide variety of dishes that derive from Spanish, African, indigenous, Chinese influence and from the Caribbean region itself. We are then talking about a cuisine that is heterogeneous and mixed, just like the real Cuba, which is full of surprises and flavor!


When talking about Cuban cuisine, you're eyes can't be bigger than your stomach, because it is full of colors and textures which, together with tempting aromas, make it a sensory pleasure and one of the most exquisite luxuries of Cuban culture. The creole cuisine has taken "a bit of everything" to become an avant-garde product, in which the most traditional flavors are mixed with new products, aromatic spices, different ellaborations, and trendy styles that adapt to all tastes. Cuban writer Miguel Barnet defined Cuban cuisine in this way: "Food from the Guajira soul, poor food or refined food (...), with a local vocation and a European sense of smell."
If you plan to travel to Cuba, and you are wondering What to eat in Cuba? What are the traditional recipes for typical Cuban food? In which restaurants do I find the best traditional Cuban gastronomy? One of the best ways to get closer to its culture is by treating yourself with these delicious typical Cuban dishes that we propose below. 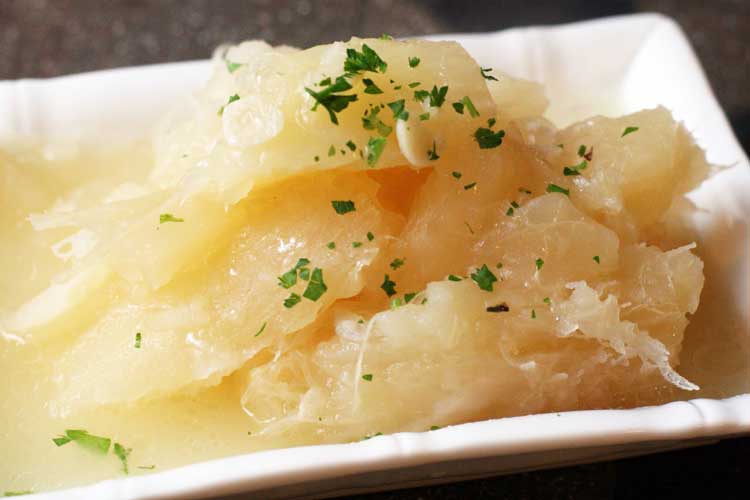 “A falta de pan, casabe” (Lacking bread, use yuca paste), as goes an old popular Cuban saying that demonstrates the ability of this people to adapt to any circumstance. The same has happened in the kitchen, the more traditional Cuban dishes have evolved and adapted to the conditions of the island. That is why the traditional "casabe", which was made by the Cuban natives based on yucca, has been replaced, both at the tables of Cuban families and in the "paladares" by the delicious yuca with mojo.
Yucca is a tuber that, like the sweet potato or taro, grows easily all over the island. After boiling it, the famous "mojo criollo”, Made from onion, garlic, sour orange or lemon juice and lard. You can add some pork rinds, which give it a special touch. This dish can be enjoyed as a garnish, or as a starter. The best spot to savor a yuca with mojo "a la criolla", is Viñales; sit in the Sunset Restaurant, or at El Cuajaní so you can enjoy this dish along with a spectacular view of the mogotes and the farmers who work the land of the vineyard valley. 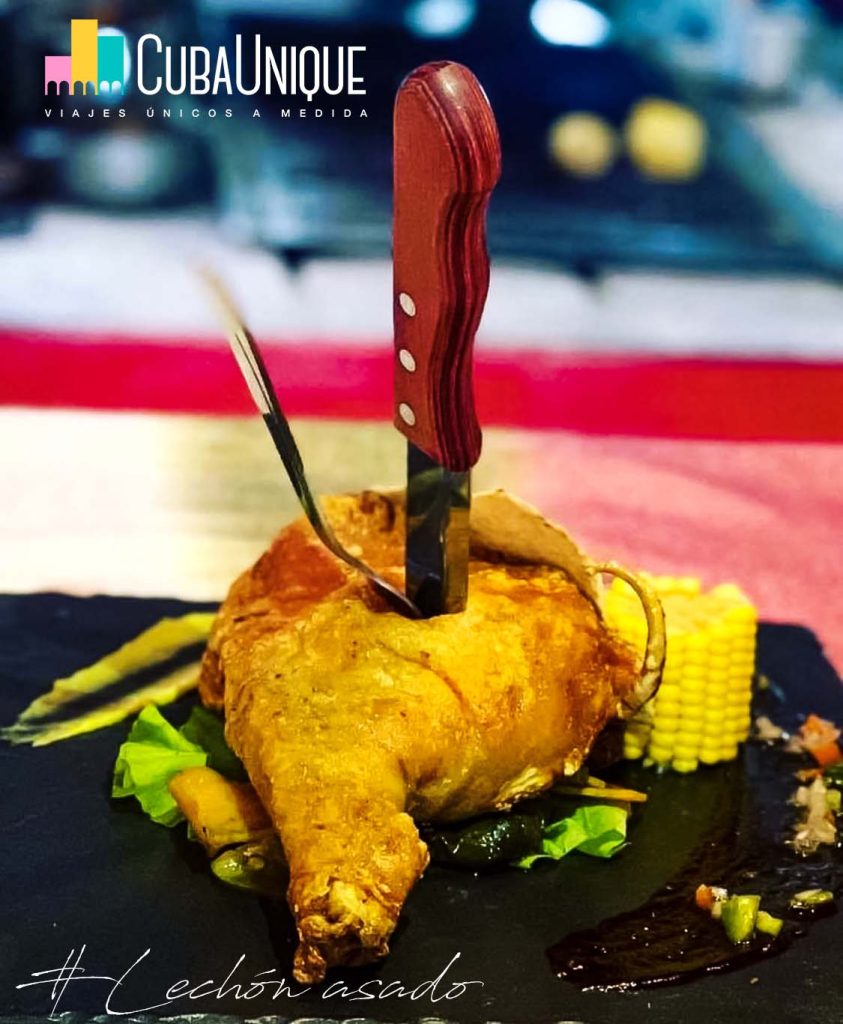 The pork meat lies #1 in the ranking of popular Cuban taste. So much so that a song by the duo Buena Fe with the prominent troubadour Eliades Ochoa baptizes it as the "national mammal." Among the many ways in which pork is tasted in Cuba (battered, fried dough, fried or smoked ribs, grilled cutlet, fricassee), the most popular is charcoal-grilled. This way of cooking the pork comes from the peasant tradition, in which the animal is pierced with a pick and rotates while the embers give it the perfect color and texture.
It is customary for Cubans to celebrate New Year's Eve with a good roast pork; Always accompanied by a good yuca with mojo sauce and congrí rice! If you swing by old Havana, do not forget to taste the delicious roast pork from the restaurant Al carbón. Or if you want to live the experience in the peasant style, we recommend the Casa del campesino, in Las Terrazas, province of Artemisa, surrounded by exuberant flora and fauna. 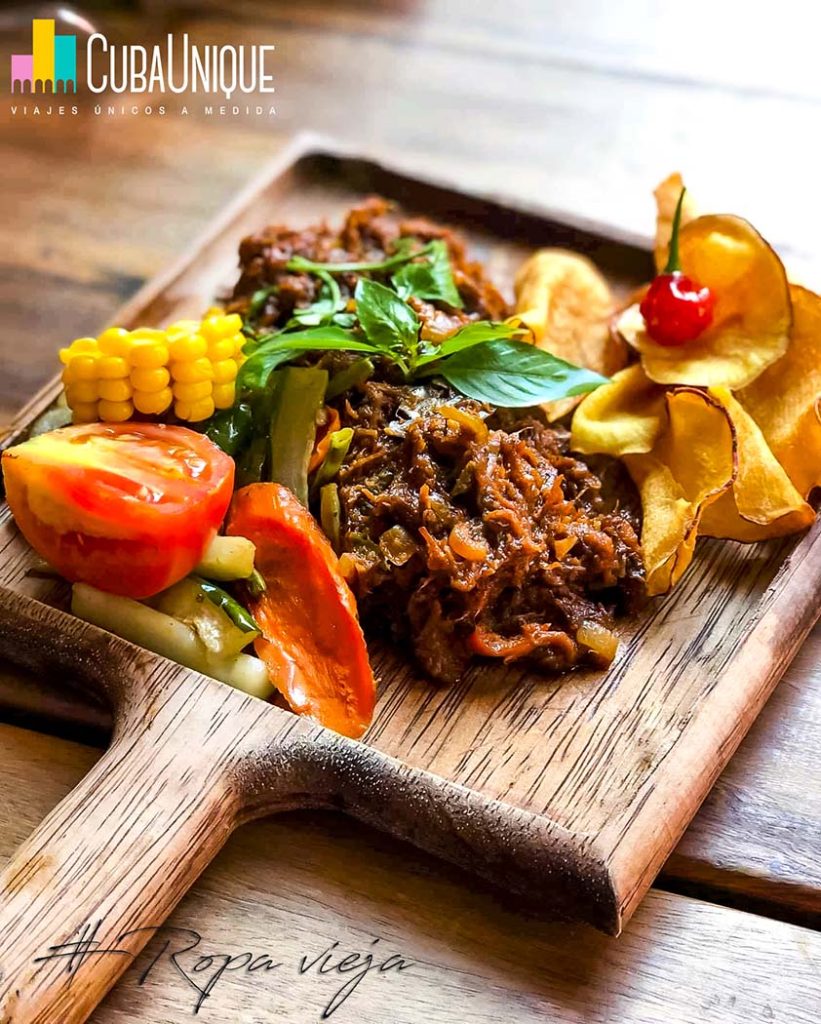 This dish of Cuban cuisine, based on beef , tomato sauce, chili pepper, garlic and onion occupies a privileged place in the preference of Cubans and foreigners who visit the island. It is usually accompanied with congrí rice and fried ripe plantains. Although the tostones (fried green banana) and the tropical salad with some delicious Cuban avocados are also excellent companions to taste it. Its name comes from its appearance, as the meat is shredded for cooking, resembling rags. Where we most like to eat this emblematic dish is at the paladar Antojos from Havana, where the cuisine is first class and the value for money is unbeatable. 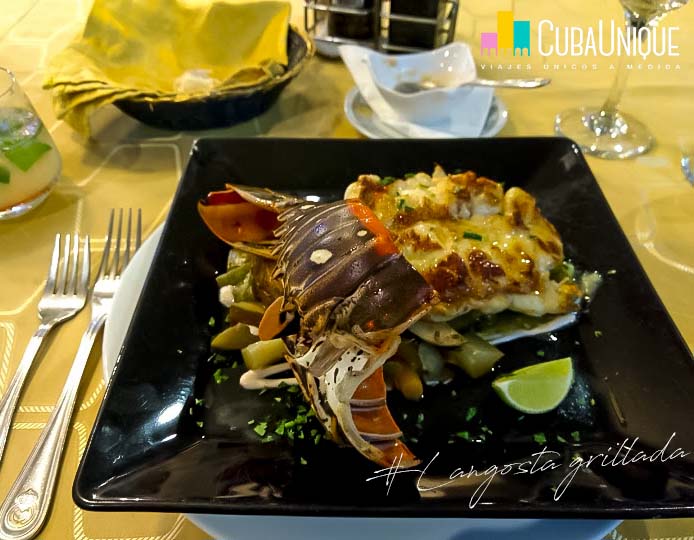 In Cuba it is likely that you look to the sea whem looking for food. For this reason, edible species of crustaceans, shellfish and fish are the basis of fine dishes and recipes. From the Creole octopus, the unique crab that is sold in the mobile stalls in Gibara, Holguín, to the tiny tetí, which abounds on the coast of Baracoa, seafood is also an indispensable part of Cuban culinary culture.
The queen of Caribbean waters and Cuban tables is the lobster. Among the many ways to prepare it (in a cocktail with pink sauce and lemon, enchilada, in seafood rice), the one preferred by locals and travelers is grilled.Seasoned with butter is a delight!! We recommend you try it on the paladar Vistamar, in Havana or, in case you are doing a circuit in Cuba, you can make strategic stops to taste the grilled lobster in the Mansión Xanadú from Varadero (although the prices are somewhat high, the seafood is excellent and the view and the atmosphere of the place, unbeatable) in Vista Gourmet, in Trinidad or in one of the wonderful paladares of Cayo Granma, in Santiago de Cuba. We love them all, so you won't regret it! 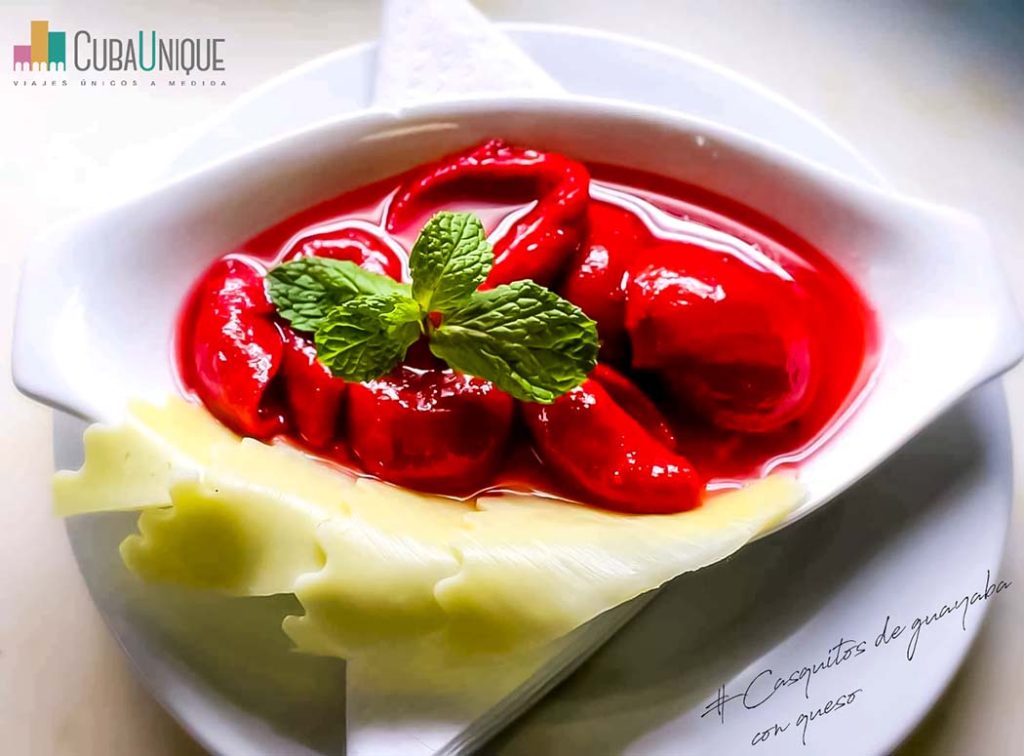 And since Cuba is a country where sugar cane is top... how not to show you a unique pastry ?! From the juice of the cane itself (the guarapo), to other delicacies of Creole sweets such as the boniatillo. Also the yucca fritter, the sweets of tropical fruits in syrup, even the rice pudding. All are special and typical desserts of Cuban cuisine. But there is one that most Cubans prefer: the Guava shells in syrup with cream cheese. The combination of sweet and salty tastes is the special closing for a delicious Cuban Creole meal, and as guava is never missing on the island… dessert is guaranteed !! Andthe cherry on top, a very strong and bitter coffee with a good Habano. In Havana we love to eat this dessert on the paladar Doña Eutimia, where they always prepare it tasty and special. 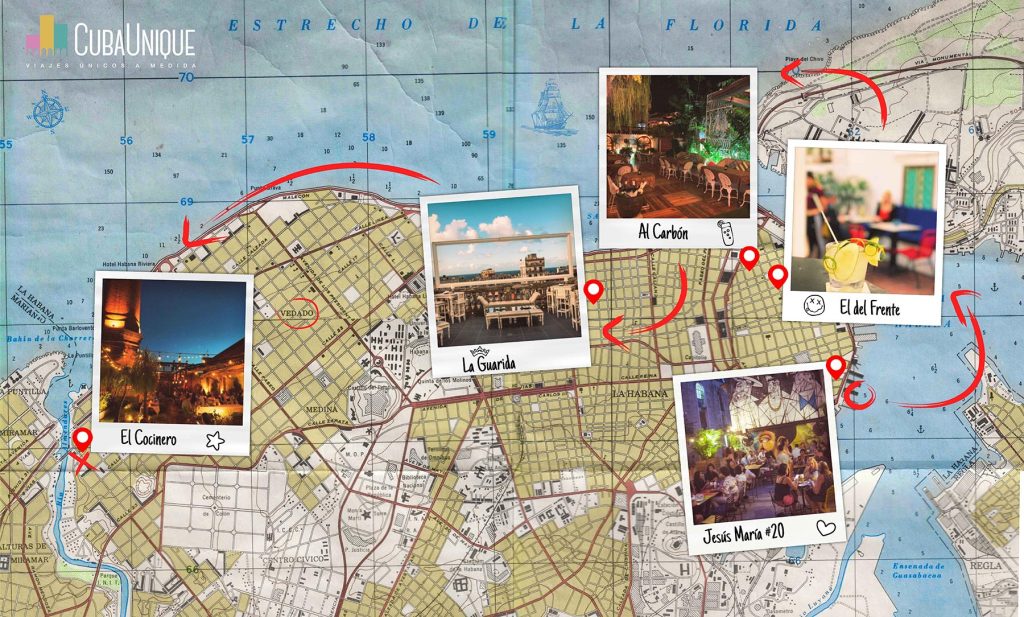 Restaurants with the best rooftops in Havana

These have been some tips from our culinary experience in Cuba, but if you want to know more about Cuban gastronomy, here we leave you a selection of the restaurants with the coolest rooftops in Havana and a selection of paladares where you can eat well, nice and cheap. Bon appetit!
So, if you are thinking about organizing a trip to Cuba whether it is with your family, with your group of friends or with your classmates, with your couple or even in your honey moon, on your own or in one of our tailor made trips we will craft with pleasure and care in our customized trips Travel Agency to Cuba, don't miss any of our recommendations to travel to Cuba without complications y para conocer la evolución de la situación de la Covid-19 en Cuba. We suggest some of our most popular preset routes , and, if possible, spend at least 10 days in Cuba so as not to miss the essentials, and above all, we recommend that you let yourself be carried away by our tips to live the authentic Cuban culture. Don't forget to enjoy the best Cuban cuisine either!