In Cuba there are many popular festivities that are celebrated. Needless to say, the Cuban people are very cheerful and enjoy both good music and the possibility of sharing together the dates that represent Cuban traditions. 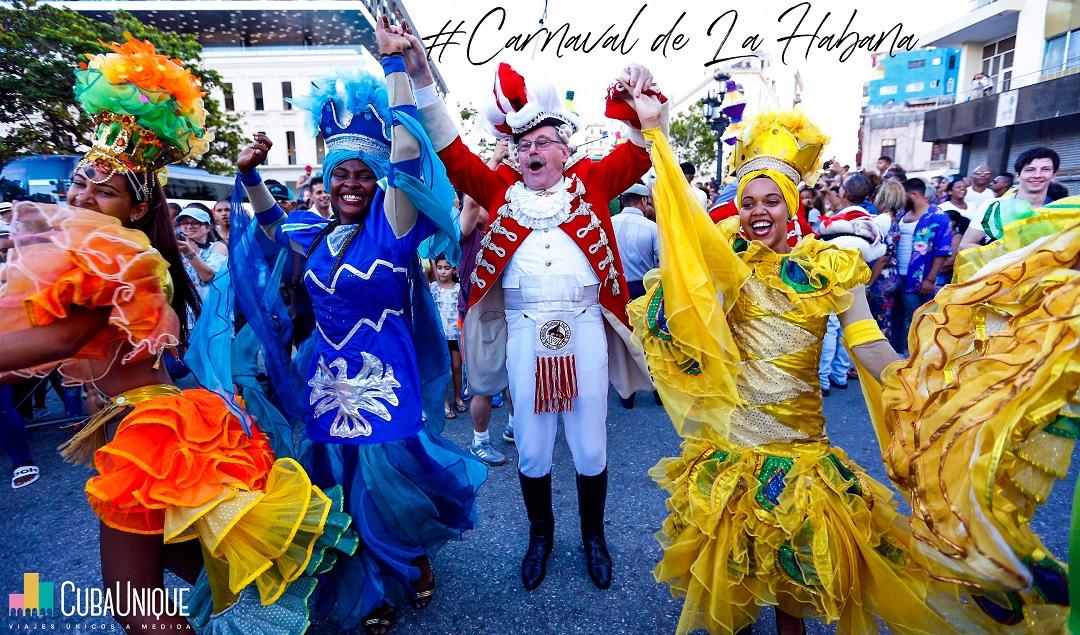 Although Cuban celebrations do not have the international recognition of the carnival in Rio de Janeiro, or Venice, the Sanfermines in Pamplona, or the Day of the Dead in Mexico, every year hundreds of visitors travel to Cuba to enjoy the Cuban flavor of the popular festivities.

Cuban national holidays may be political in nature, or have a strong cultural and religious influence from Catholicism and Cuban Santería. 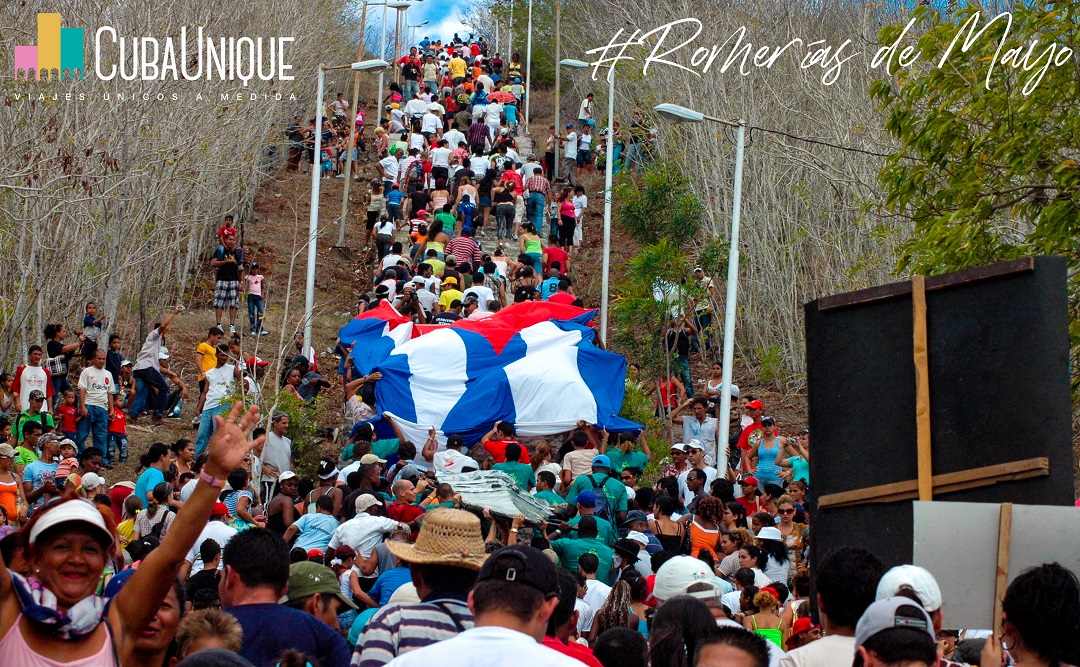 Within the first group, January 1st stands out, which, in addition to marking the beginning of a new year, in Cuba also means another anniversary of the triumph of the Revolution.

Also May 20, National Culture Day, for which celebrations are held throughout the island. July 26, which marks the day of national rebellion, or October 10, the founding date of Cuba's independence. 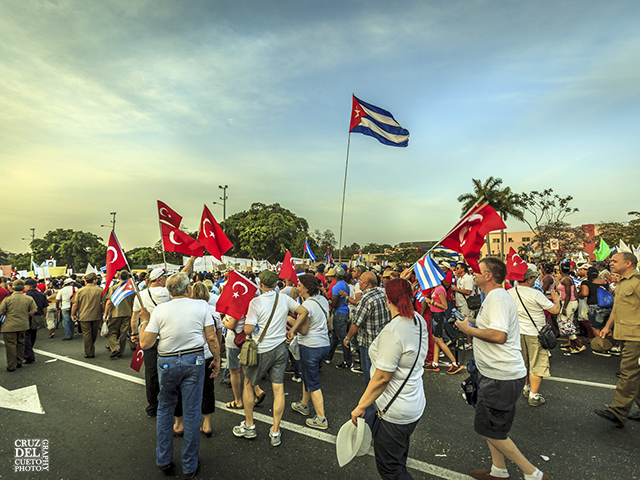 Those Cuban festivities with religious influence reveal the essence of the people, who gather in streets and squares to celebrate their most deeply rooted cultural traditions.

These festivities take place to the contagious rhythm of the music of charangas, comparsas and congas. 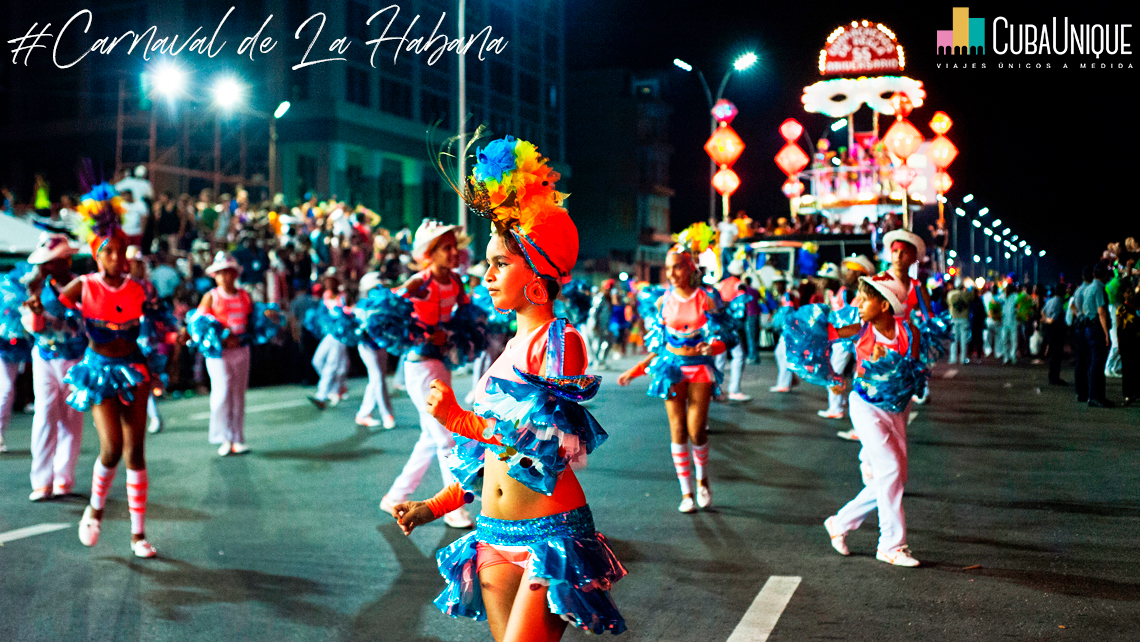 At these events in Cuba, you can taste tasty traditional Cuban dishes typical of each region, and it is an ideal moment for you to get to know closely the customs of Cuba and to share with the people to the fullest. 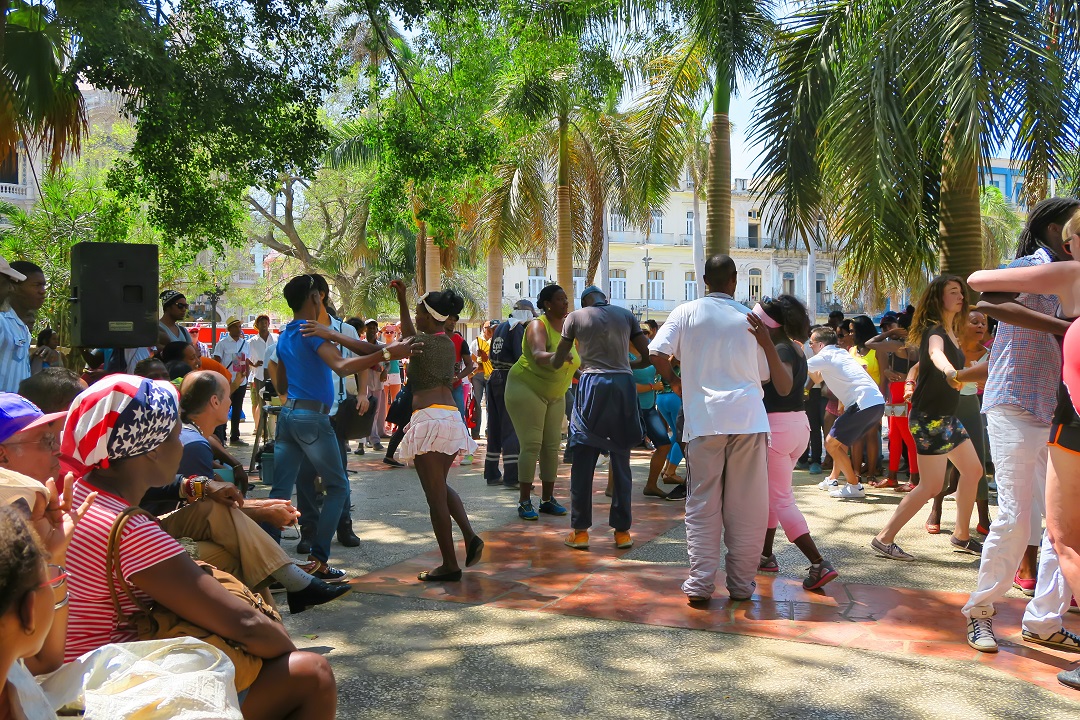 Although the atmosphere of such festivities is one of euphoria and joy, there is a lot of security deployed around them, so you will feel completely at ease and rarely witness an argument, or have a hard time.

Havana's Carnival, sweeping along the Malecon

The Cuban capital celebrates its carnivals during the hottest season of the year! And the brightness of sweaty bodies, dancing to the rhythm of drums and cowbells increases the attractions of this festival, which spans 10 days in August. 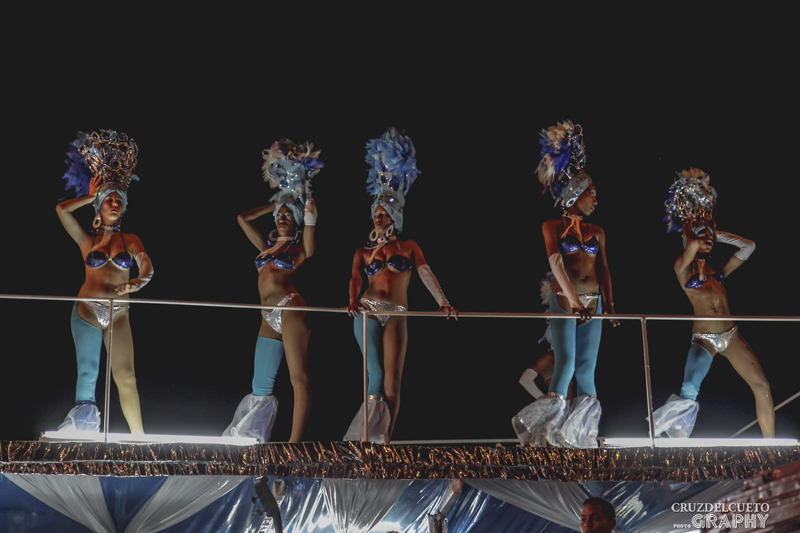 Along the length and breadth of Havana's Malecon, almost 20 comparsas and floats parade, which together with the fireworks, fill Havana's nightlife with joy, color and music. The parade starts right after the 9:00 pm cannon shot. 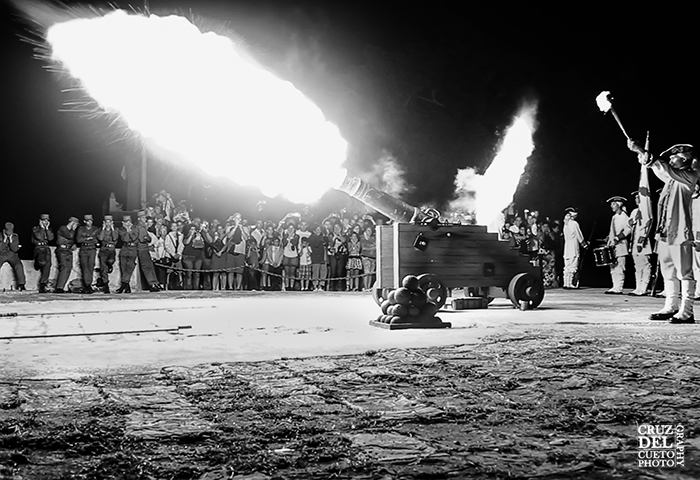 The people, and those visitors passing through the city, unite to dance behind the comparsas of their choice. 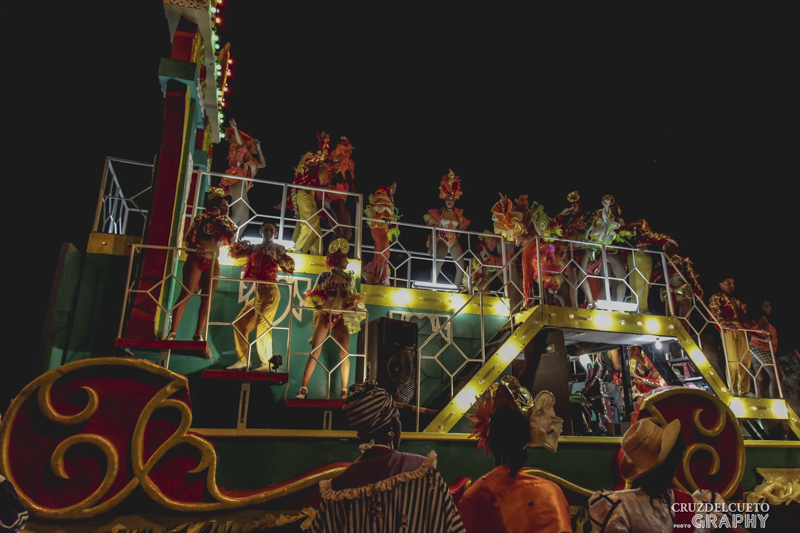 Although in Havana you can find varied and economical gastronomic offersthe carnival is a good time to savor typical food made in chiringuitos, for very low prices.

The comparsas are groups that go out into public spaces to perform their music and dance. They parade alongside the floats, representing a neighborhood, an organization or even another province. 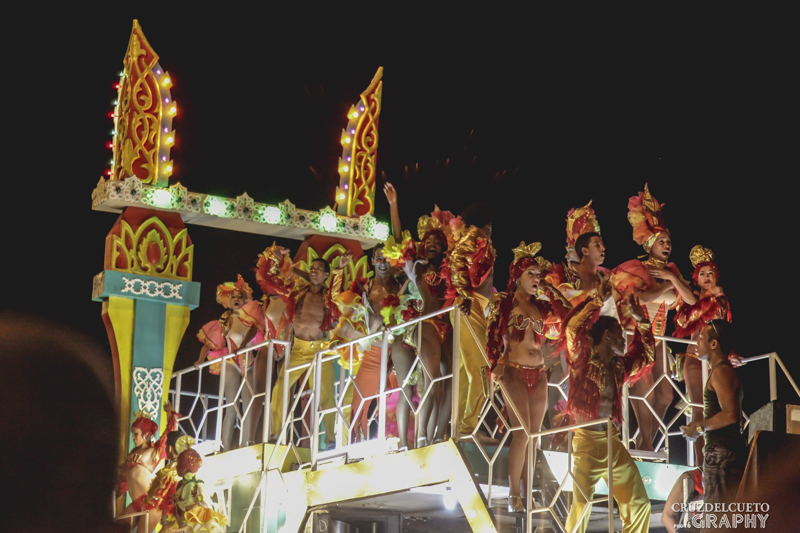 If you have already arrived in Havana, among all the attractions that treasures this wonder city, you can't miss at least one night of carnival in Cuba, sweeping along the malecón to the rhythm of the comparsa. 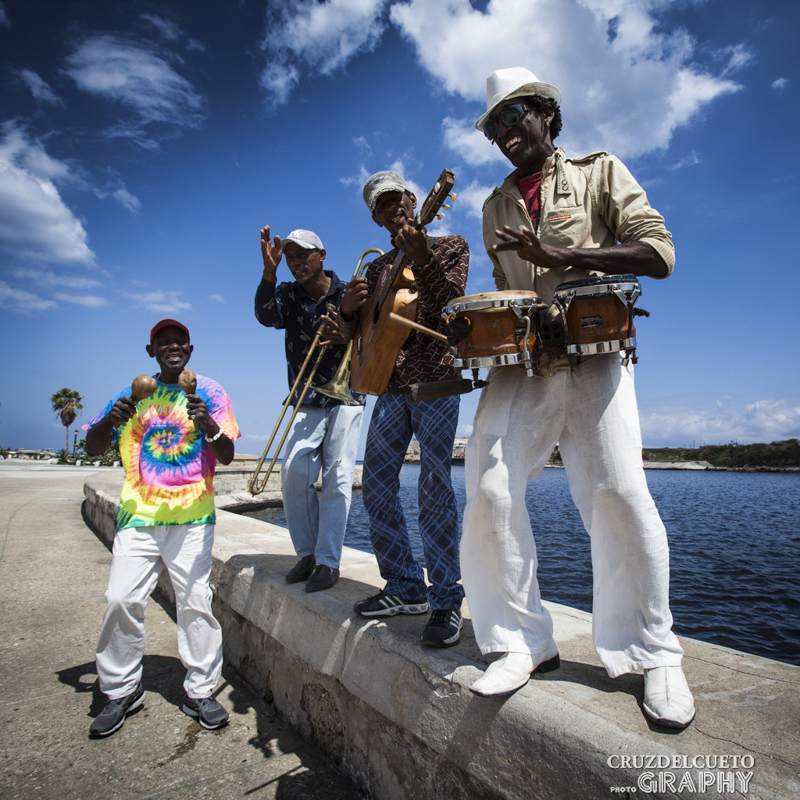 Fireworks in the Parrandas of Remedios

With a population of slightly more than 20,000 inhabitants, this colonial jewel of central Cuba treasures a tradition that is lived as in no other place of the island. 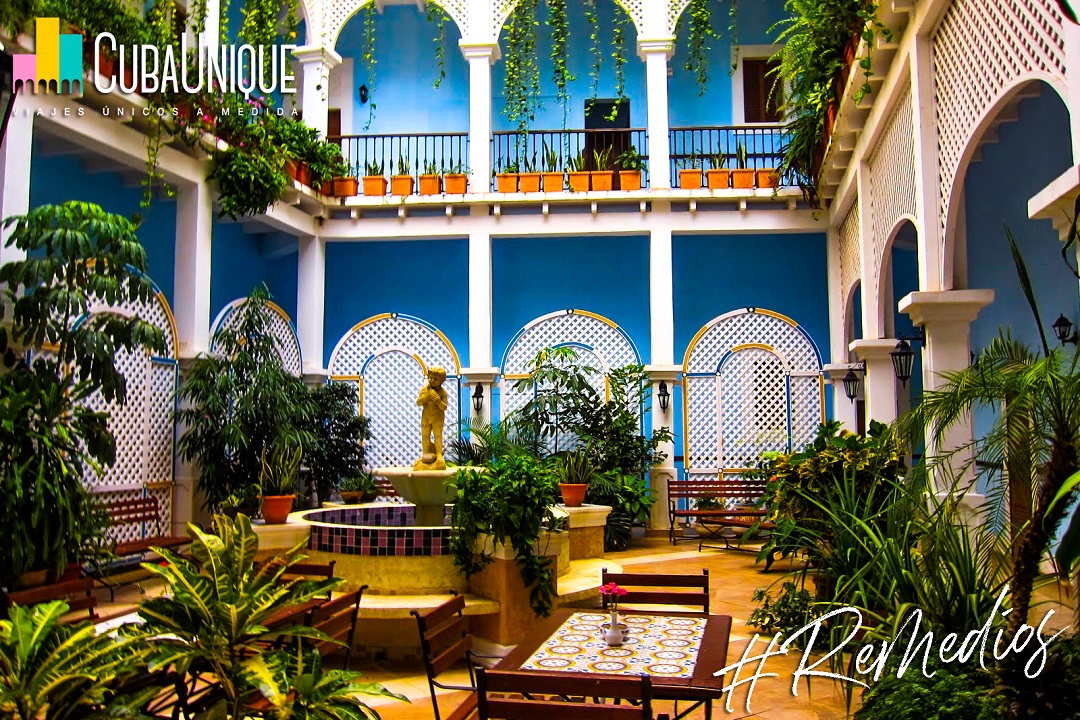 In the parrandas, the neighborhoods of El Carmen and El Salvador, whose neighbors become contenders during those days, face each other. 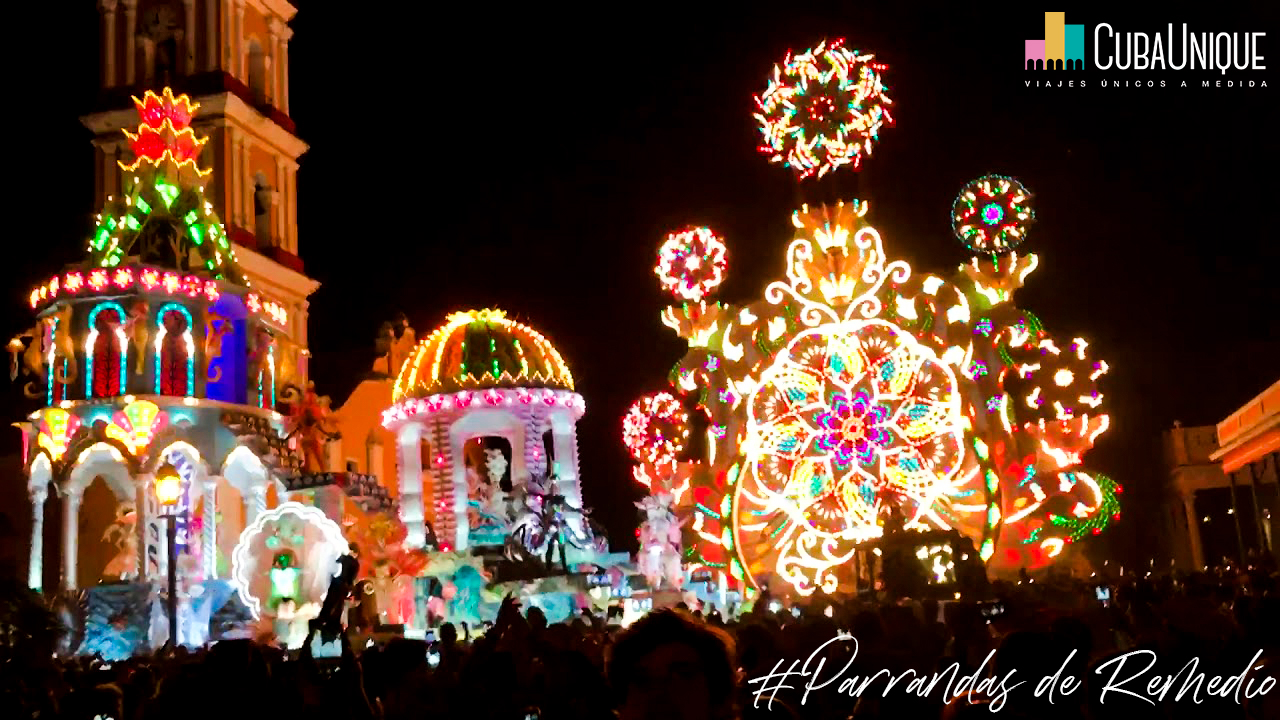 For a whole year they will keep secret the motifs of their work in the square and secretly design the floats and lanterns, to surprise each other on the opening day and see who will win the favor of the remedianos.

The people of Remedios look forward to celebrating these traditional festivities, just as it was in the old days, during eight early mornings, from December 16 to 24. 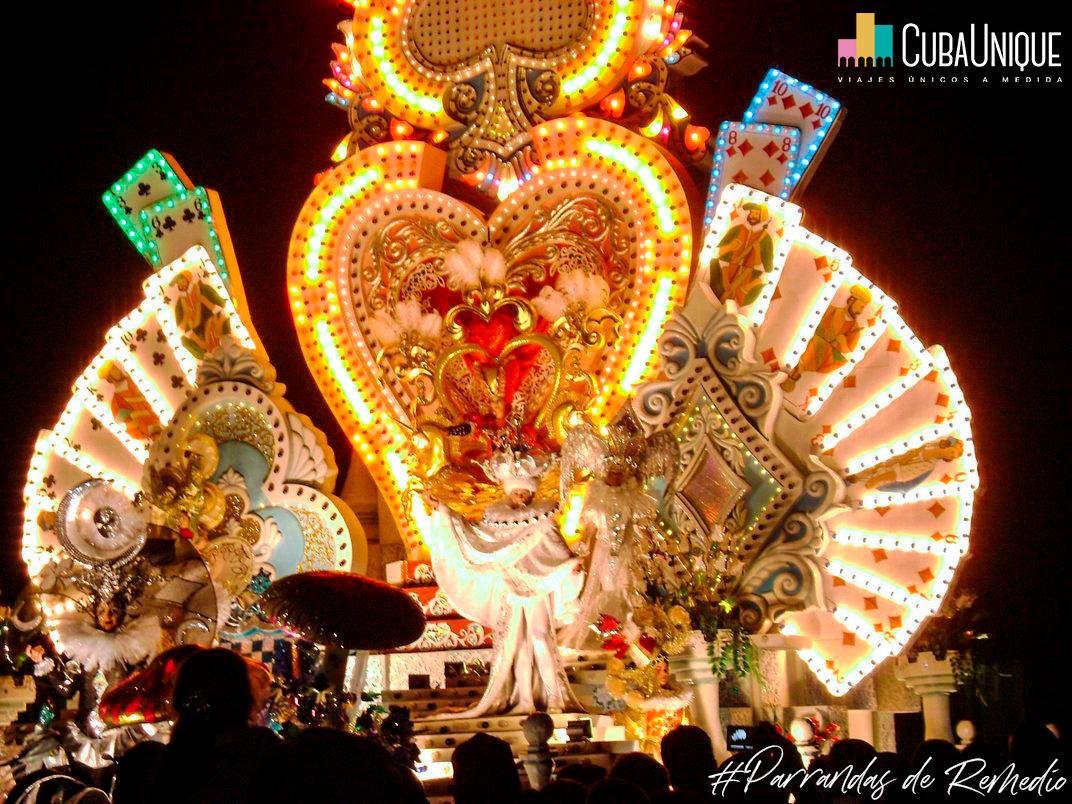 If you dare to go all the way to the end of the island, as part of a circuit through the eastern provinces, do not hesitate to visit the hot land during one of its most attractive celebrations: the Fire Festival. 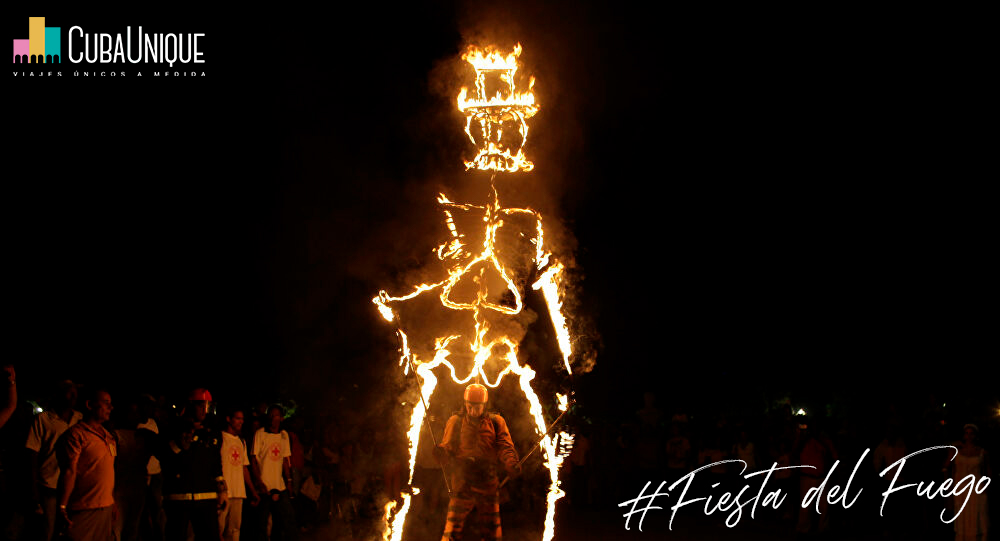 Every year, during the first week of July, the streets of Santiago are filled with tradition, seasoned with the sound of drums, heirs of African culture. 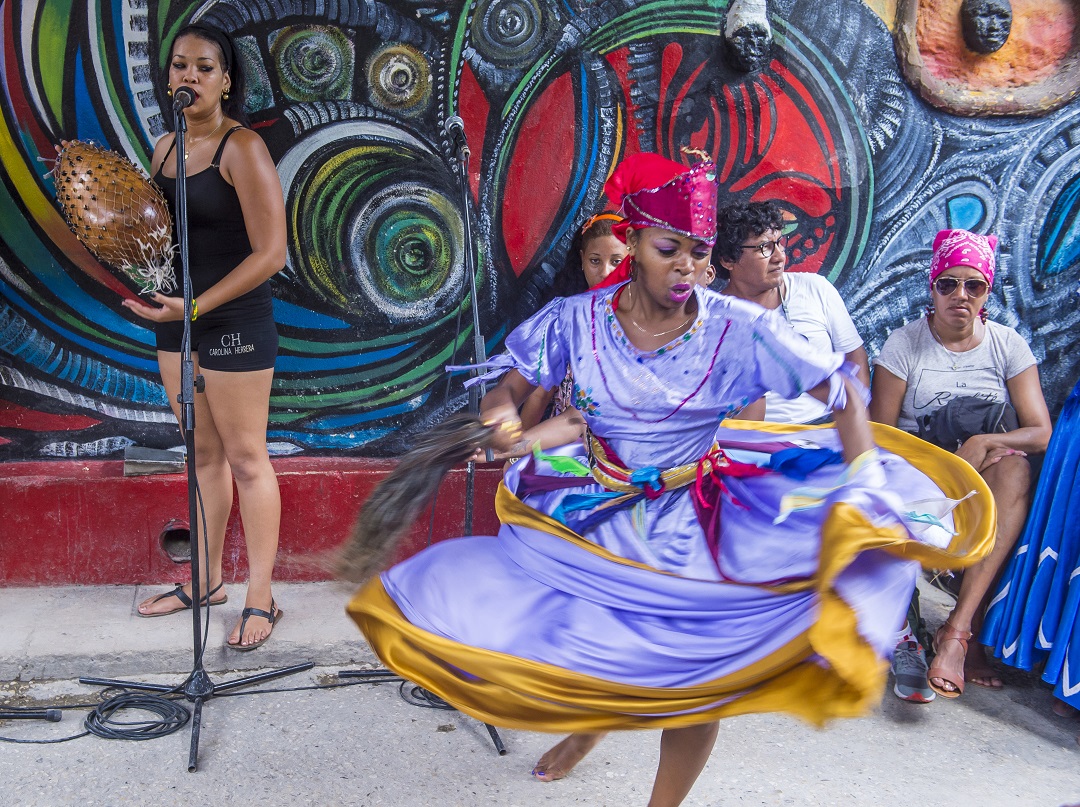 The Fiesta del Fuego is a celebration that shows the authentic Cuba, and above all the strength and the special vibe of Santiago, considered the most Caribbean of Cuban cities. 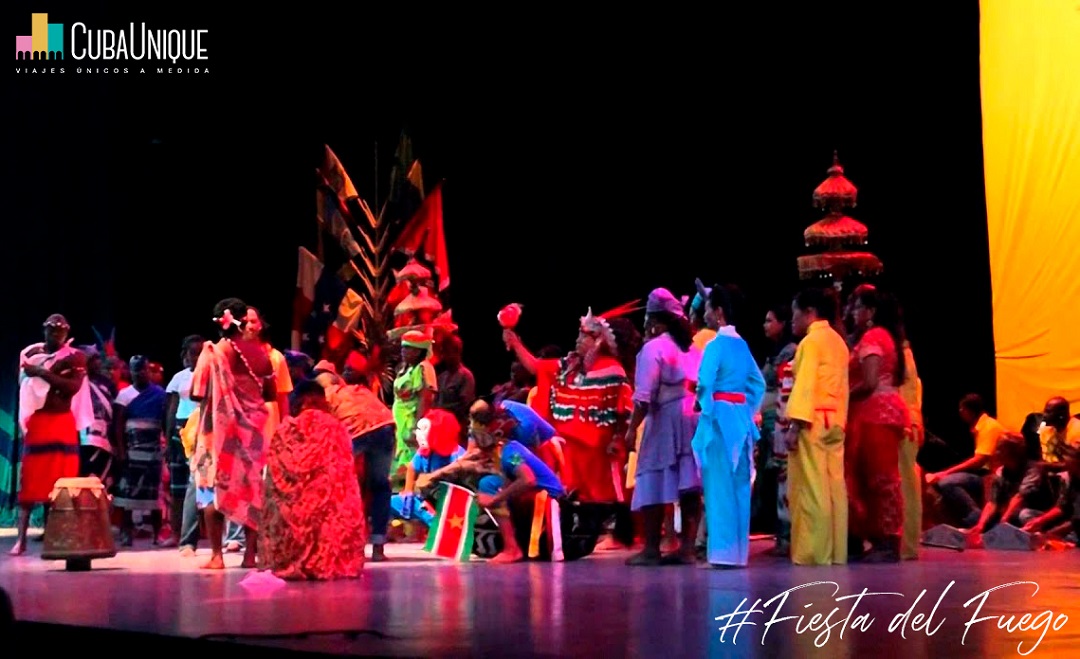 Music, dance, workshops and local crafts are mixed with ceremonies of African religions, congas and comparsas that parade through the streets inviting the whole town to participate in this great festival.

The festival ends with fire! Next to the bay of Santiago, the burning of the devil takes place, a symbolic act that bids farewell to the festival, and at the same time drives away all negative energies. 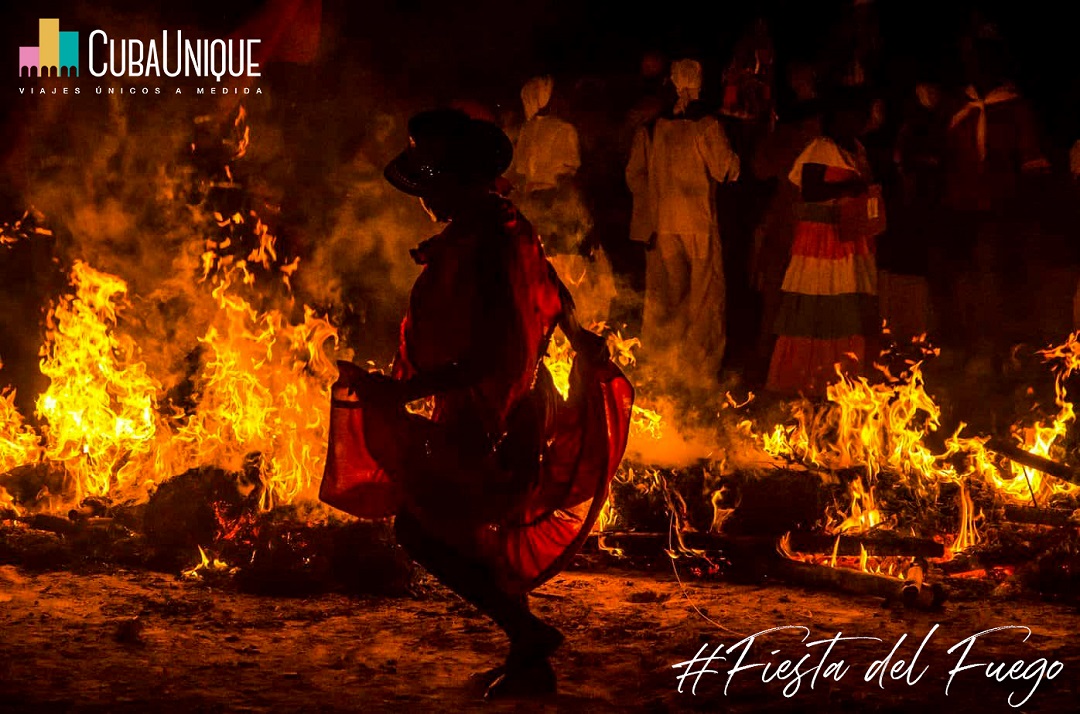 Do not miss the opportunity to experience a truly hot event, like the land that hosts it.  While tasting a tasty bread with roasted macho (pork) and refreshing yourself with a cold beer, you will be able to experience the culture of Santiago at its best. 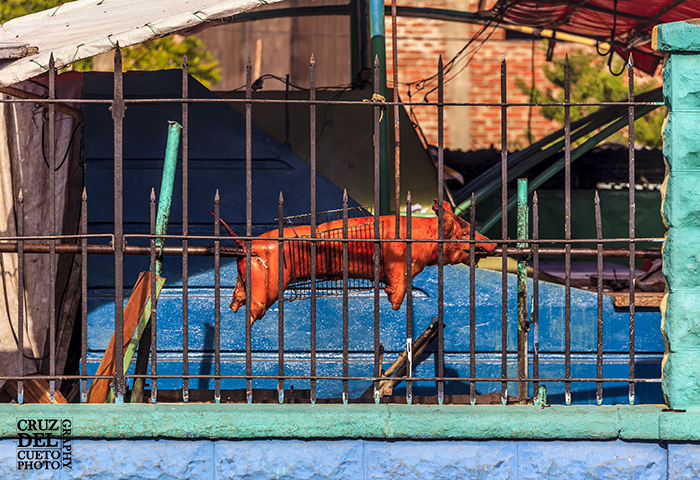 Holguín has multiple charms for nature, history and culture lovers. We promise you will love both the city and this celebration, which every year has many surprises and new guests. 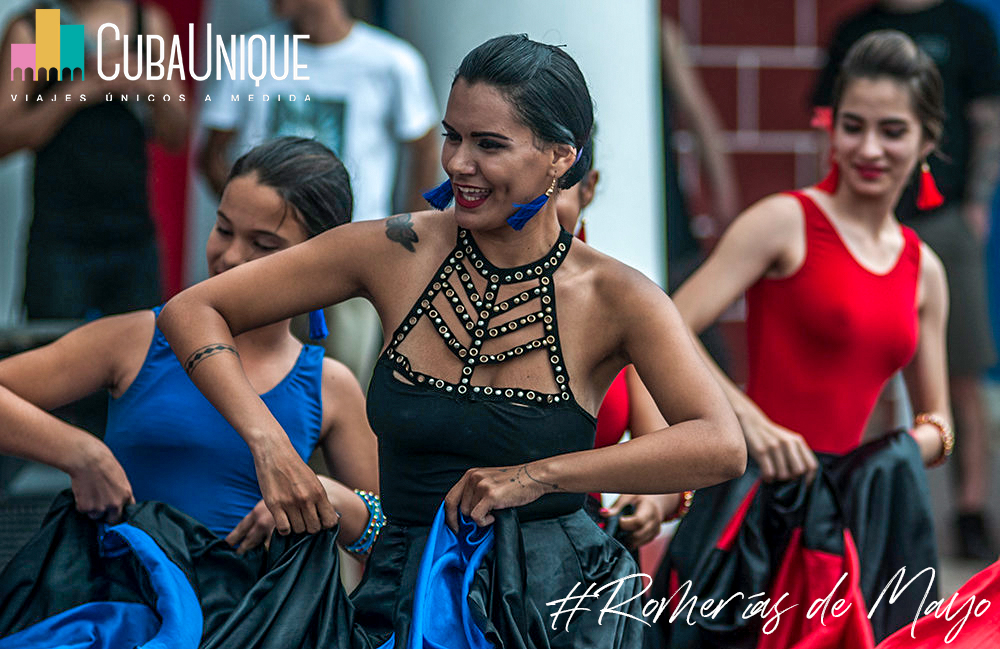 In addition, you will be only 36 km from Gibara, and 59 km from Guardalavaca, one of the most charming beaches in Cuba.

Among its main attractions, this city hosts one of the most important and renowned traditional Christian religious festivals in Cuba: the Romerías de Mayo (May Pilgrimages). 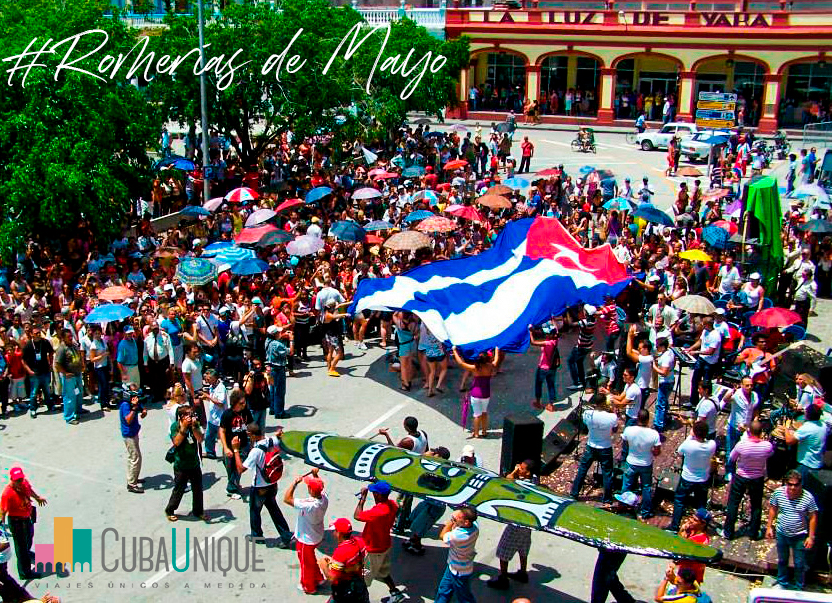 In colonial times, a Spanish friar placed a cross on top of a hill, as was customary to prevent epidemics and bad omens. Spontaneously, the villagers began to make pilgrimages to the cross to ask for miracles.

La Loma de la Cruz, as this hill has been known ever since, became a site of religious and popular importance at the same time. Hence, a Christian pilgrimage became a celebration of Cuban art. 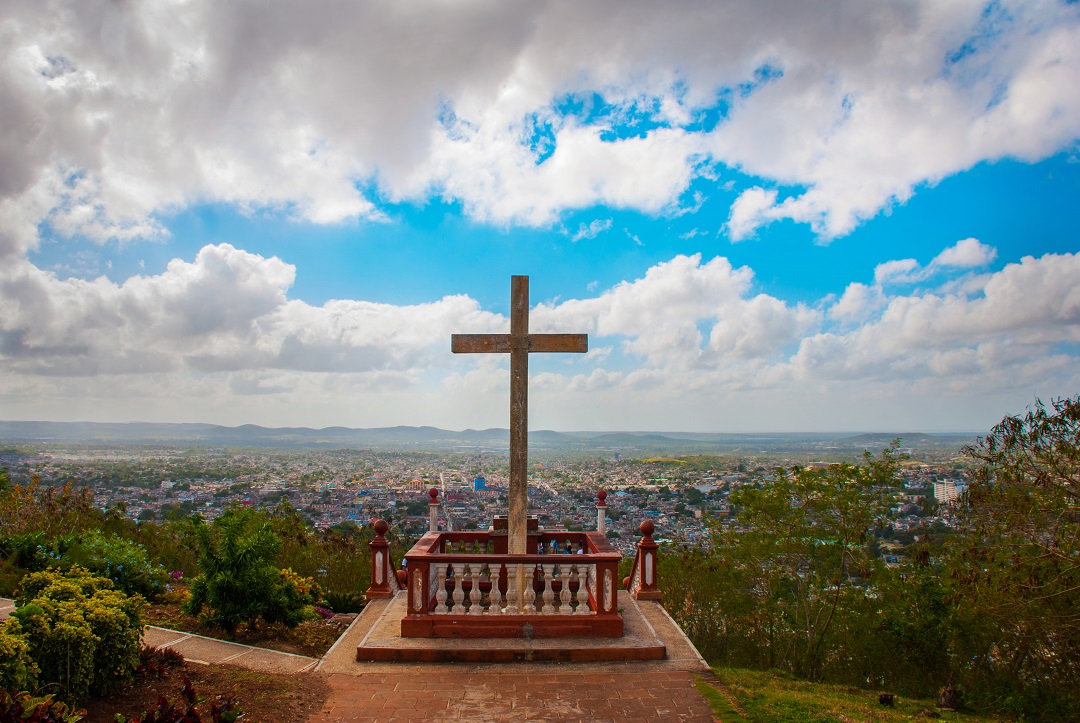 During the month of May, on an annual basis, the city of Holguin becomes the capital of young Cuban art.

The Asociación Hermanos Saiz (AHS), a Cuban organization with cultural and artistic purposes, organizes this event, which brings together musical and literary proposals, street theater, dance in urban spaces and Fotofest (photography festival) from different nations.

Parading through the city to the historic center of Holguin, holding the Holguin axe (ceremonial exponent of the aboriginal groups of the region), and then ascending in pilgrimage by the stairway to the Loma de la Cruz, is the tradition that inaugurates this festivity. 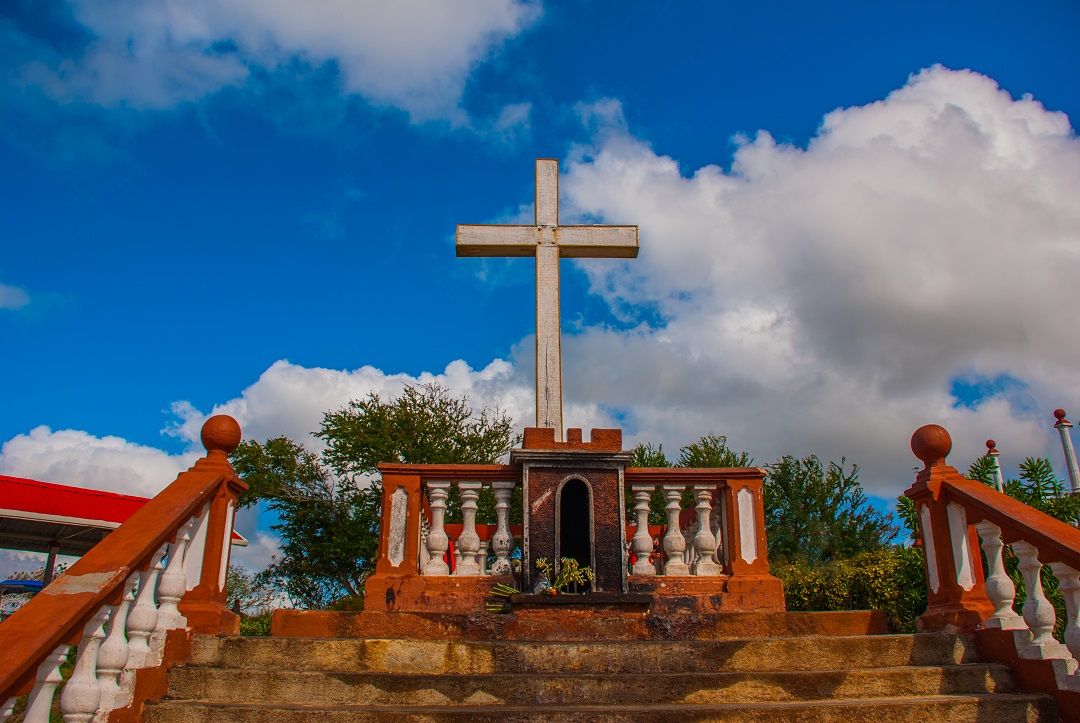 A black wooden figure was found by Congos slaves in the Menocal sugar mill, located in Mariel, Artemisa province. They named it Makwenda Yaya and dressed her in a white robe, similar to the Catholic saints. 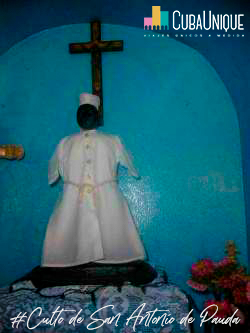 With this garment, he also acquired another name: San Antonio de Padua, with which he began to be recognized and worshipped. In the Rule of Ocha, this saint is syncretized with Obbatala. 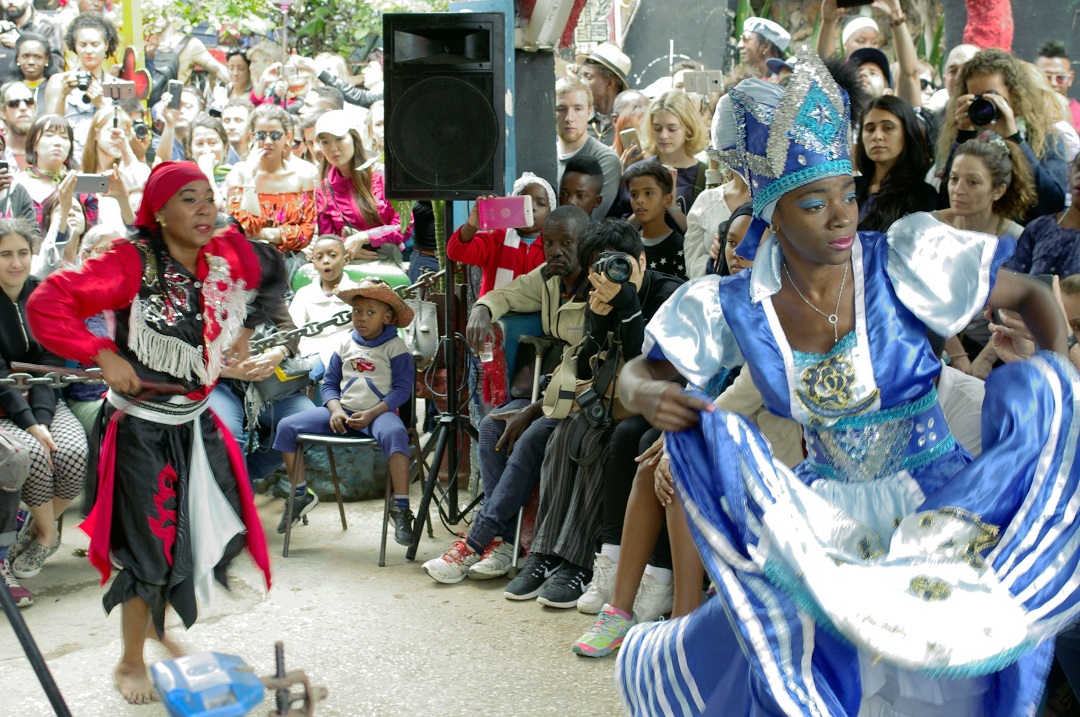 In the town of Quiebra Hacha, Artemisa, a very humble chapel was built for him, where he is still worshipped and liturgy is performed. The annual feast is celebrated every June 13.

Animals are offered to feed the deity, and in this way strengthen and renew its powers. After 7:00 pm, the kinfuiti drum is played, which can only be played by those initiated in the Palo Monte Rule. 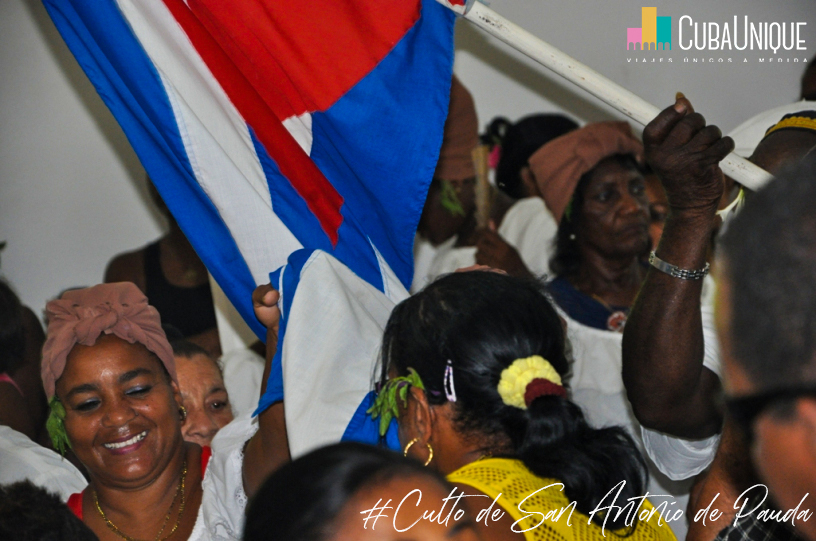 It is an opportunity for you to get to know the inner workings of religious cults in Cuba and how they are developed by their practitioners. You will be able to share closely with the community, eat, sing and drink together, as our ancestors did.

You already take advantage of it, and ask Saint Anthony of Padua for protection and good luck.