Literature is undoubtedly one of the pillars of the vast culture of Cuba.

Although in Cuba there are many works of excellent prose, poetry or drama, it is undeniable that there are classic books or cuban writers which make a top list of the best Cuban literature.

Cuban literature has flowed through various literary styles –romanticism, indigenism, criollismo, the marvelous real, or dirty realism– always having classic authors and their works as paradigm, which took the literature of Cuba to the status it has today. 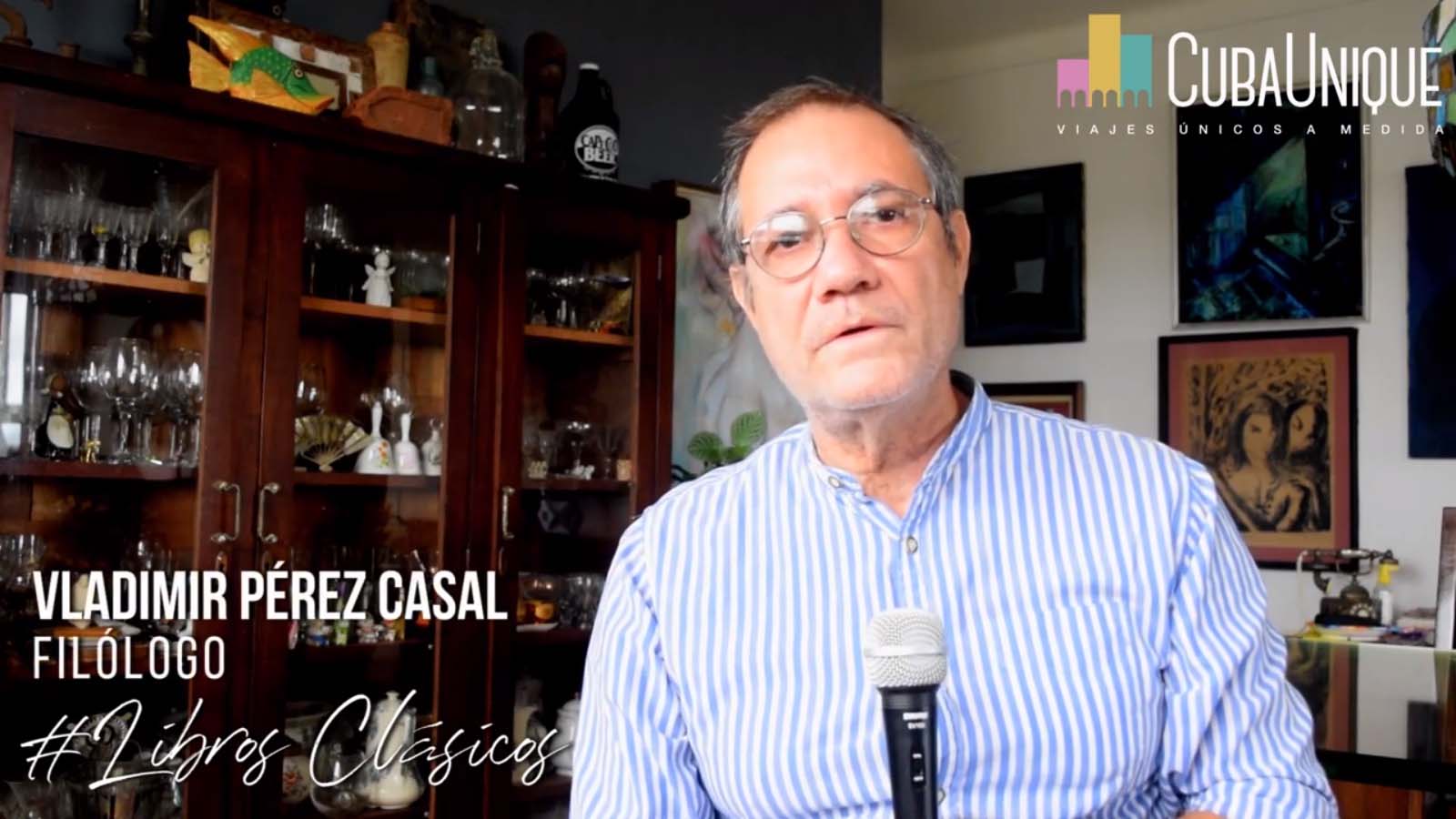 These books that we invite you to read below, have managed to capture the true essence of what can be identified as authentically Cuban in their pages. You can listen to it from the Cuban philologist Vladimir Pérez Casal in the video on the top of this post.
We hope that this selection of texts of the cuban literature, also references of Caribbean and Ibero-American literature, you can understand a little more the idiosyncrasy of this little "Macondo", an island steeped in magic and contradictions, where the most unusual can always surprise you. 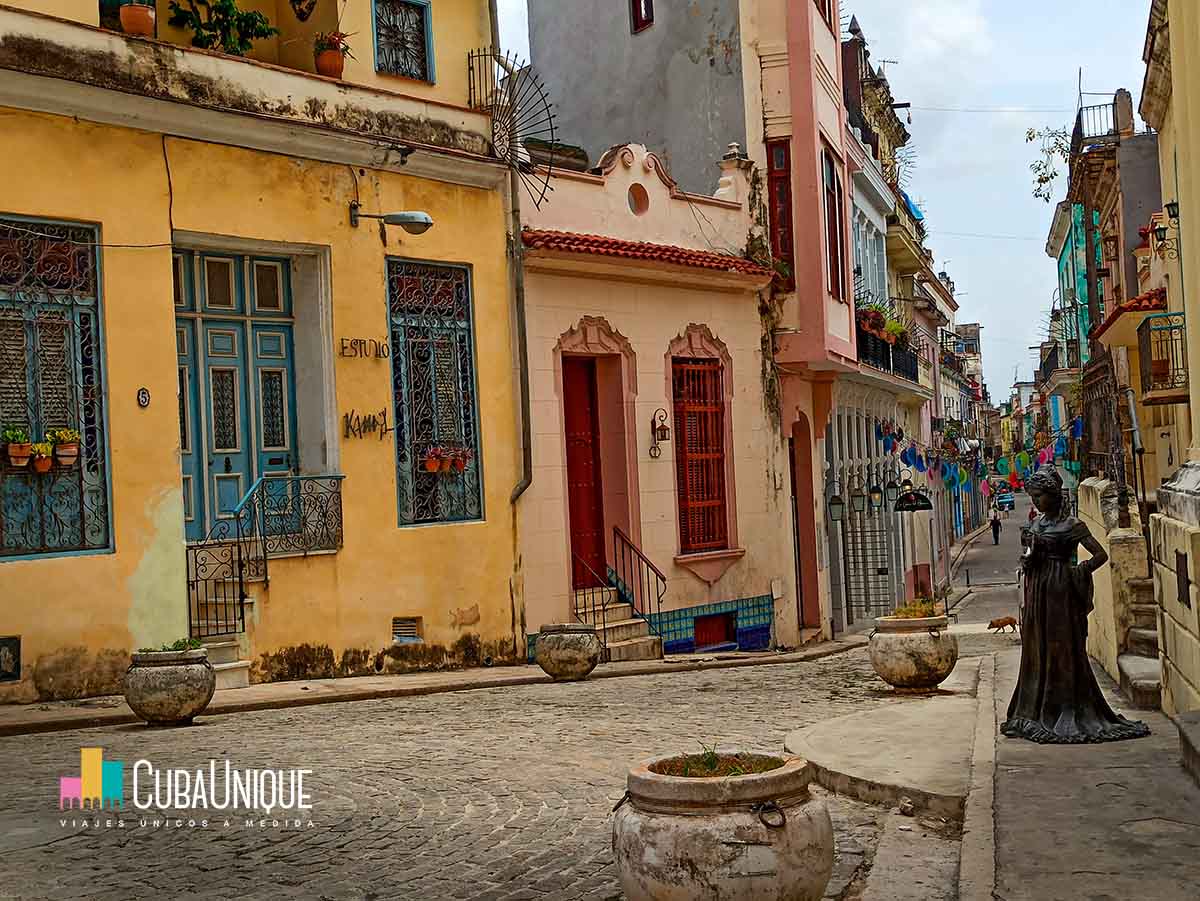 Imagine going through the colonial squares of old Havana, and arriving at the picturesque Plazuela del Ángel. A bronze statue is mimetized with the passers-by. She is Cecilia Valdés.
Due to its connection with the work, this space in the city was chosen to honor the novel and the most influential author of the Cuban nineteenth-century period: Cirilo Villaverde.
The Cuban novelistic tradition is founded on this romantic Cuban novel of manners, which shows a vision of mestizo culture in 19th century Cuba.
The novel narrates the drama of the mulatto Cecilia Valdés, an exposita who carried in her surname the history of exploitation and opulence, of the family and love ties that unite her to Leonardo Gamboa and thus make them protagonists of the two extremes of the social life of the Cuban XIX century.
Cuban character is actually made up by these two opposite sides, and it is masterfully captured by Villaverde: mestizo society not only because of their skin, but and above all, because of their culture. 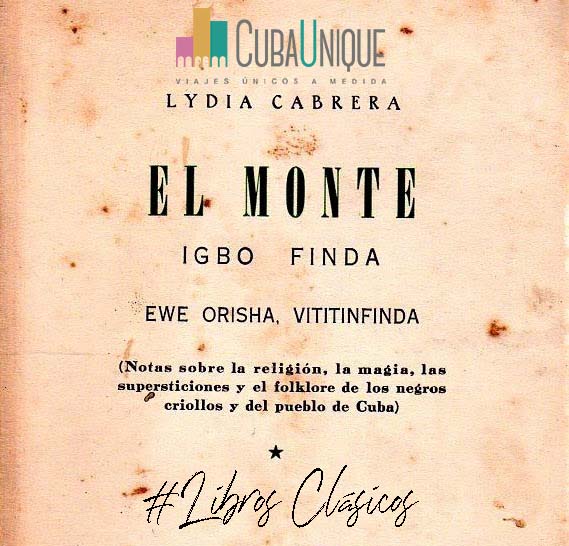 The anthropologist Lydia Cabrera bequeathed a work you must consult and get into its religious wisdom if you want to explore the footprint of African culture on the island of Cuba.
Initiated herself in Afro-Cuban folklore by the great Fernando Ortiz, she is dedicated to studying the origins of Santeria, born of the syncretism between the Yoruba deities and the Catholic saints.
The origin of the African universe, its gods, personified animals and the value of plants, charged with sensuality and black voluptuousness are some of the anthropological, religious and cultural foundations of the African legacy that are collected in the interesting pages of El Monte.
According to the Cuban writer, it is the blacks of Cuba themselves who make this book, without the scientist filter mediating, which gives it the added value that it possesses.
A treatise that you must read if you want to know about Afro-Cuban religion, and that will help you understand all the religious symbols and references that you will find in everyday Cuban life. 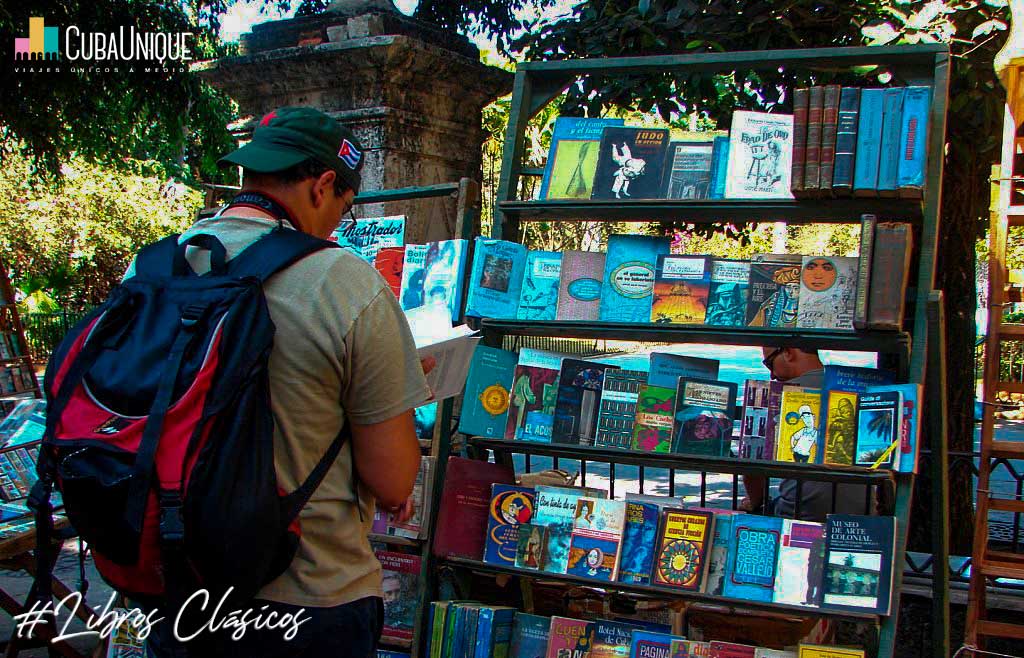 This Cuban thriller was published in 1949, and is set in the Haitian revolution. It is considered as a masterpiece within Latin American and Caribbean literature, since it inaugurates the genre of literary fiction known as "real-maravilloso" (wonderful-real).
This concept has become a model for the interpretation of Cuban reality and the rest of the Caribbean area, since it recreates said reality through various dimensions and aspects of the imagination, and has influenced much of later Cuban and Caribbean literature.
Once you enter Carpentier's work, you immediately notice his endearing Americanism, manifested in his assimilation of the reality of the New Continent.
Through the narration of the events that inspired the Haitian revolution, and supported by historical figures such as François Mackandal or Bouckman, Carpentier synthesizes the religious beliefs, culture, traditions and history of the Caribbean islands.
It is essential to also address his first novel, ¡Ecue-Yamba-O!, written in 1927, and other of his top works of the Cuban narrative: Los pasos perdidos (1953), El siglo de las luces (1962) or La consagración de la primavera (1978). 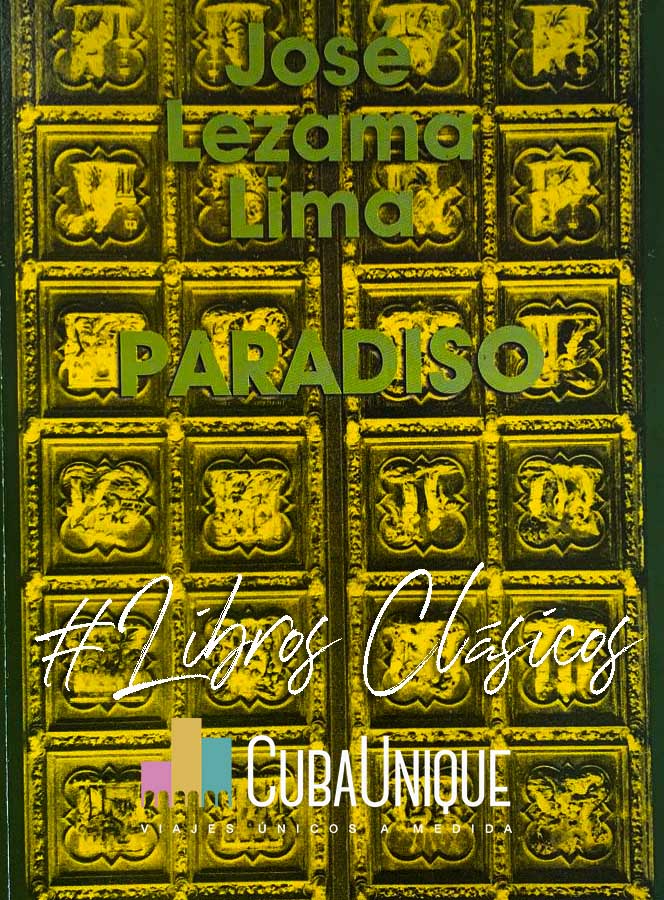 Paradiso is the great novel by Lezama Lima, a work full of criollisms, inviting and challenging, the best mirror of the Lezamian style.
This Cuban poet, essayist and editor, bequeathed to the Latin American literature a novel that, for the author himself, "didn't fit into any definitions."
There are two decades between the first and the last page, as the first chapters began to be written in the 1940s but it was published in 1966.
Baroque prose with multiple readings: it can be read as a poem, as a transgressive novel and at the same time as a chronicle of the Cuban.
In its autobiogaphic pages, we discover, with a profuse style and a highly poetic language, the life of José Cemí, from his childhood to his university years, and his training as an intellectual and poet. A complex work in which reality, myth and fantasy are mixed. 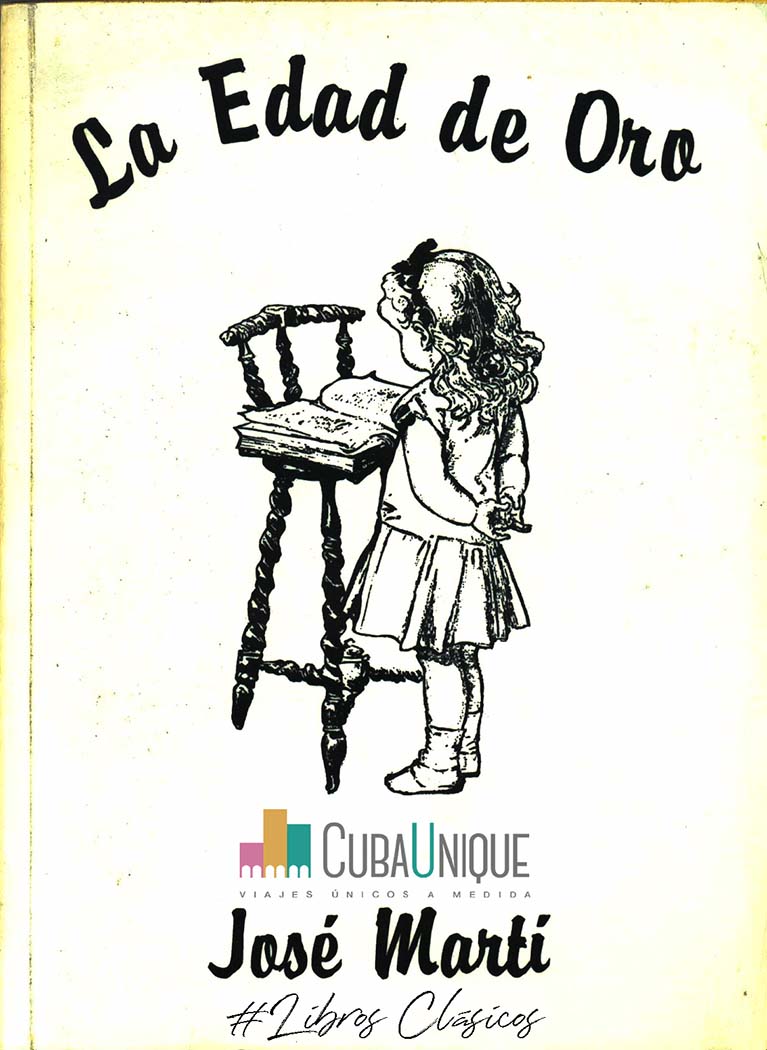 The summit of Cuban poetry has not been focused only on one figure. In this case, there are two Cuban writers who occupy the top of the poetic creation in Cuba: Nicolás Guillén, Cuban national poet, and José Martí.
Through his Versos sencillos, or his collection of poems  Ismaelillo, dedicated to his son, José Martí expresses his deepest feelings of patriotism, freedom and independence for Cuba. The language that he used in his speeches, in his diaries, his epistolary or in his essays was just as poetic and refined, which makes him an exceptional figure in Cuban literature.
On the other hand, Nicolás Guillén endowed Cuban poetry with a Caribbean rhythm, the sound of the African drum, the echo of African voices and natural sounds, restoring its black roots. In his poetry books Motivos de Son; Sóngoro Cosongo: poemas mulatos; West Indies Ltd. he describes what he himself called the "Cuban color."


Read Cuba, a unique way to discover it 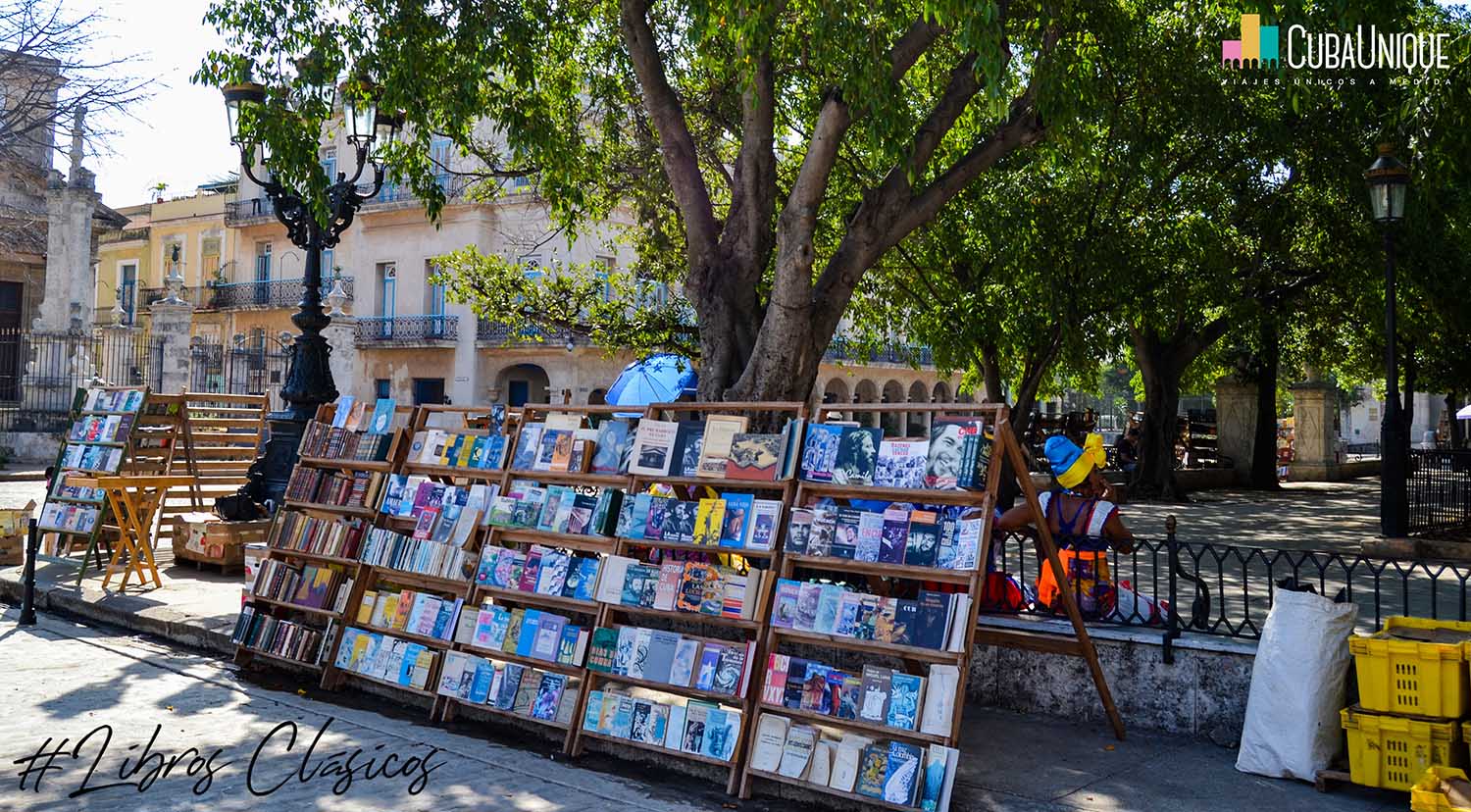 Since the seventeenth century, Cuban literature has been a means of political and social commitment, a reflection of the customs, traditions and idiosyncrasies of the people, a way to ponder the exuberance and beauty of the island landscape, its imposing architecture and, above all, a way to make the reality of Cuba in different historical periods more visible.
From our travel agency specialized in trips to Cuba we help you discover this wonderful island at all levels: artistic, cultural, architectural, musical, social, and even political, and we make it a super attractive plan for you, through our cultural trips with an attractive route around Cuba in which you will discover everything you need. 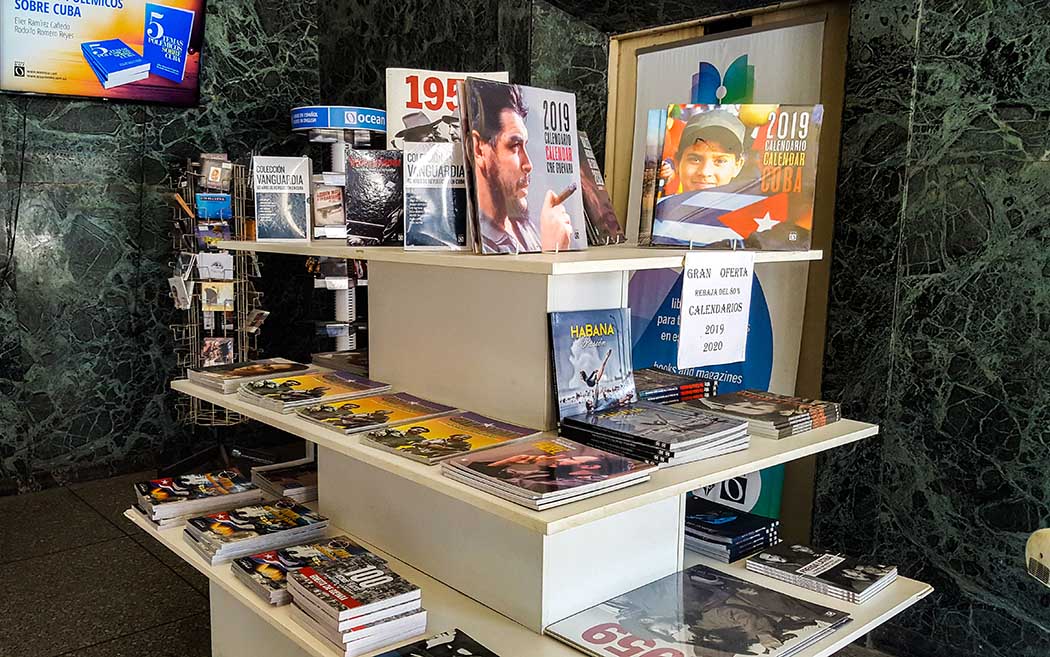 But Cuba can also be read. Therefore, to those more avid and adventurous readers who prefer to know the Caribbean nation from its letters and books, we recommend you read the island, from its classic or contemporary literature, while you walk its streets, discover its most picturesque spots or characters, you dialogue with its people and experience its reality.
And do not worry, because Cuban books can be purchased at very low prices in the many bookstores that are throughout the island, or second-hand markets in places like the Plaza de Armas in Havana, or during the great International Book and Literature Fair, which is held every February, at the Morro-Cabaña fairgrounds. 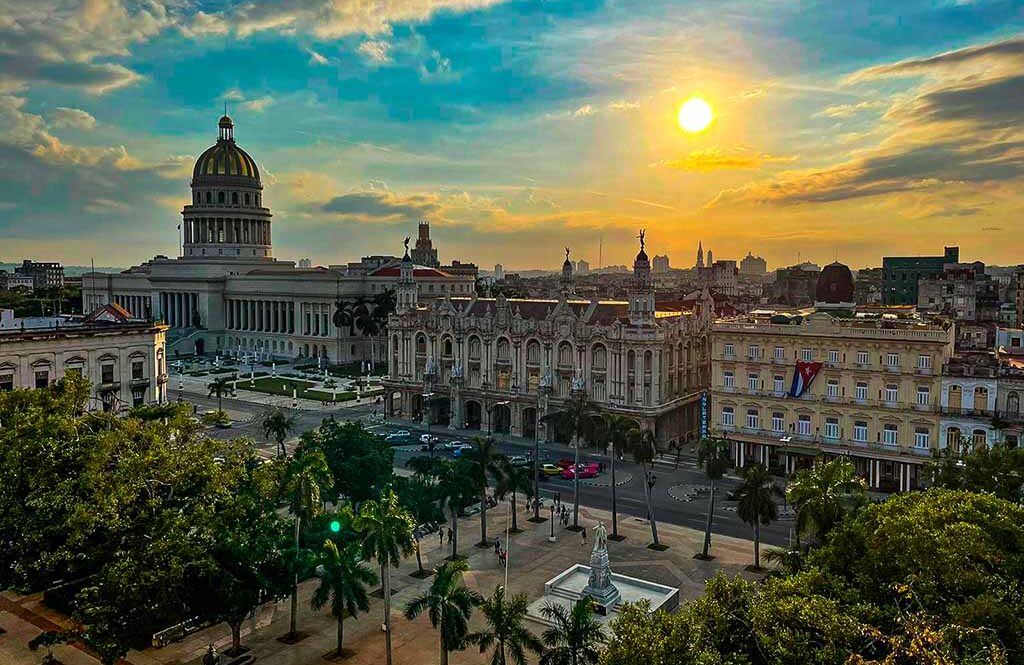 Cuba has an immense cultural wealth. The fusion of European, African and North American influences have filled its culture with unique and diverse nuances and expressions.
You have thousands of choices to enjoy your holidays in the real Cuba and its cultural power.
From our tailor-made trips agency to Cuba , we suggest you don't miss any of our recommendations to travel to Cuba without complications.
We suggest some of our most popular organized tours to Cuba , and, if possible, spend at least 10 days in Cuba to avoid missing the essentials, and above all, we recommend that you closely follow our suggestion of activities on the blog if you plan a cultural trip to Cuba to keep you up to date on the events and places you don't want to miss.
Unique experiences to discover Havana, Honey moon to Cuba, group trips with friends, students trips, family vacations, corporative trips Culture is universal! Do you dare to discover Cuba and geto into it through these recommended readings?