The Cuban way of speaking is very particular and it is easier to hold a dialogue if you are familiar with it. Because in CubaUnique we give you the best tips to travel to cuba carefree and in the best possible time of the year and because we always think about all the details to turn your trip to the island into a unique and unforgettable experience to discover the authentic Cuba, this time we want to share with you a small glossary of popular terms and phrases so that you can learn how to speak “with cuban swag” before arriving in this wonderful land.

If you walk along the streets of Cuba, it is possible that a Cuban person will stop you, not only to try to sell you something, but simply to talk, because that is what Cubans do, they are very friendly and communicative. Some of the words or phrases that you may hear in this situation are: 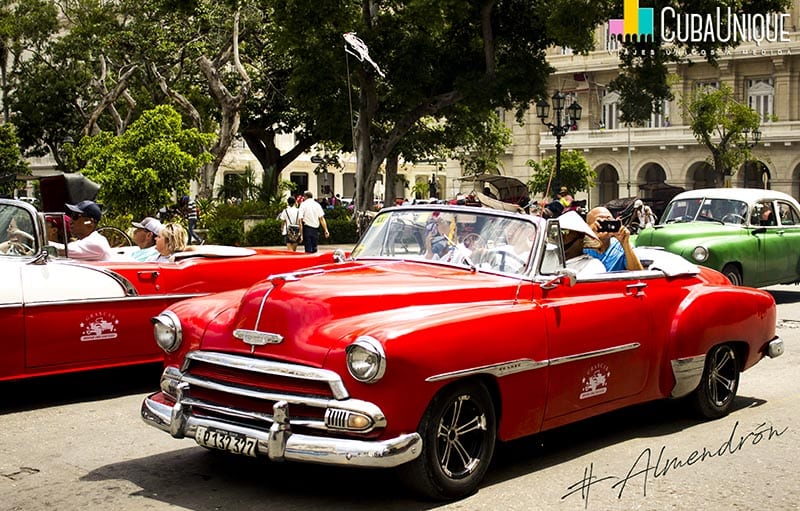 Due to its resemblance to a giant almond, this is the term that Habaneros use to talk about American cars from the 50s, convertibles or not. Convertibles cars are mainly for tourists. The regular ones cover fixed routes that connect various streets and municipalities of Havana, at a very low price, for locals. Do not miss one of the most authentic experiences of Havana, tour the Malecón in a convertible almendrón

It's the way Cubans call the market where they buy products that come directly from the land. Fruits, vegetables and much of the pork that is consumed in Cuba is not found in stores, but in these places; the products are always natural and the majority come from sustainable farms. Cuban restaurants and paladares buy their fresh products in agros. Getting to know Havana through its gastronomic routes and getting closer to its local markets is one of the tastiest proposals that we offer in our guided tours.

No Cuban would pronounce the "d" for aplatanado (proper way to say it in Spanish). So this is the way to remark that a foreigner has blended with Cubans; in other words, he/she has adapted to life in Cuba, and assimilated the ways of the island. It is also a way of saying that you are well, comfortable and calmed in a place. What better way to be aplatanao than on a Cuban paradise beach, don't you think?

Classic Cuban slang. It is synonymous with friend, pal, dude.. It is used more by men than by women, but always in conversations with an atmosphere or tone of confidence. It completes the most effusive and friendly greeting used by Cubans: ¿Qué bolá, asere? This word has its origin in the Carabalí religion, in which it means “I greet you”, and is used by the Abakuás or ñáñigos in their religious rituals. Do you want to know more about the Afro-Cuban religion? This city tour in Havana may be of your interest.

What for the Spanish is the car or the automobile, in the Caribbean island is the carriage. The transport means pulled by animals is called cart, very common in rural areas. For Cubans, the car is a horse-drawn buggy; this is one of the most common ways - as an extravaganza ,- to get around the historic center and enjoy art and architecture in Havana and, in other provinces, it works as a means of local transport. In Cienfuegos we love this city tour on a horse car in the peasant style.

It is the Cuban equivalent of a hostel or Inn. In Cuba the term “private” is not used much, it was replaced, especially since the 90s, by “family-owned”, to indicate that a business is owned by a person or family and not from the state. Here you can see a good selection of private houses (or private inns) simple, with charm, top-notch. And if you are more into exclusive accommodations, check our proposal for you.

In popular Cuban slang this phrase means to care about someone or something. Cuban mood tends to not "coger lucha" (fight) for anything, meaning not to worry or overwork in any situation. Despite this, they take any type of pandemic very seriously, such as the Covid-19, which they are managing to cope much better than other countries around them.

Well, in Cuba the term "cenar" (having supper) is not used. Cubans "desayunan" (have breakfast) when they get up, "almuerzan" (have lunch) after noon and "comen" (have supper) almost always while watching the news (8:00 pm) or a little later, at the time of the soap opera (9:00 pm). Cuban cuisine is heterogeneous, mestizo, and full of surprises and flavor! Do you want to discover it?

9 DAR MUELA (Give it tooth)

A typical characteristic of the Cuban, which refers to talking a lot. In Cuba, "dar muela" stands for catching up with family or friends, flirting, convincing someone of something, or it even works to bargain. But more than all this, it is an art of the Cuban, who can swiftly "dar muela" from one subject to another with great ease. It is also a way teasing or cajoling. We miss so much "dar muela" with our cuban friends in some rooftop or viewpoint at Old Havana, such incredible spots!

Very popular phrase to indicate that something is rotten or, if it refers to people, that they are not good looking. It can also indicate that someone is sick, or suffers from some illness or disease, for example: He has his leg "en candela" (he has broken his leg). If you are asking someone to refer to a restaurant on the street and they tell you: That place is "en candela", you better not go in, as they are saying that it is not a good place! We like this video of the Cuban singer Virulo who under the title “Dale Candela” sings about Covid-19

It is Cuban word for bus, the cheapest local means of transport. The price of the bus ticket costs 0.40 cents of Cuban Peso, a very small value, so almost no one pays exactly that amount: most people pay 1 Peso.

The most typical expression of Cuban slang. Let's clarify that, for Cubans, it comes from the word "coño" (f**k!), but it is a rude word. It is an expression of annoyance, joy; or simply the reaction to being upset. The connotation of this exclamation depends on the context, but the truth is that it is used a lot in the Cuban language. For example, if it is very hot, Cubans exclaim "¡Ño, tremendo calor!" (f**k, it is hot!). On the other hand, if there is something that they like or appreciate a lot, they can say: "Ño, qué rico! (f**k, it is delicious!). They could say so as well about this nature spots in Cuba.!

From the 90s, there were restaurants within some Cuban family houses. Under the influence of the Brazilian soap opera “Vale Todo”, broadcast on the island in that decade and where the protagonist opens a restaurant called El Paladar, the Cubans began to call all those family owned restaurants located in family homes “paladares”. For a nice and cheap lunch in Cuba, we make you an interesting proposal of paladares in this article.

It is the equivalent of the tap. In some eastern provinces it is also called “pluma” (pen). There are many Cubans who drink "agua de la pila" (tap water). Others boil it and a few others buy bottled water. For Cubans, a "pila" is also equivalent to quantity, and it is widely used with this meaning, for example: "in the square there were "una pila de gente" (a lot of people).

It is a familiar and small-town expression to ask how you are, how is your life, how is the family, the business, what is with a place, person or situation. It is used in multiple contexts and among people of all ages. Although there are those who feel it too colloquial, and even rude, it is clear that it is a very representative term of Cuban slang. It was so famous that former US President Barack Obama twitted "¿Qué bolá Cuba?" when Air Force One touched down on Cuban soil in 2017.

Cuban slang word for all foreigners. It does not have negative connotations, it is a rather friendly word. At first, it referred only to Americans (from the United States), but as tourists from Europe, Asia and other regions began to arrive, it was extended to all those who were not Cubans.

So, if you are thinking about organizing a trip to Cuba whether it is with your family, with your group of friends or with your classmates, with your couple or even in your honey moon, on your own or in one of our tailor made trips we will craft with pleasure and care in our specialized travel agency, don't miss any of our recommendations to travel to Cuba without complications. We suggest some of our most popular preset routes , and, if possible, spend at least 10 days in Cuba so as not to miss the essentials, and above all, we recommend that you let yourself be carried away by our tips to live the authentic Cuban culture. Now you also know some expressions to avoid looking like the typical “yuma”! ;or) 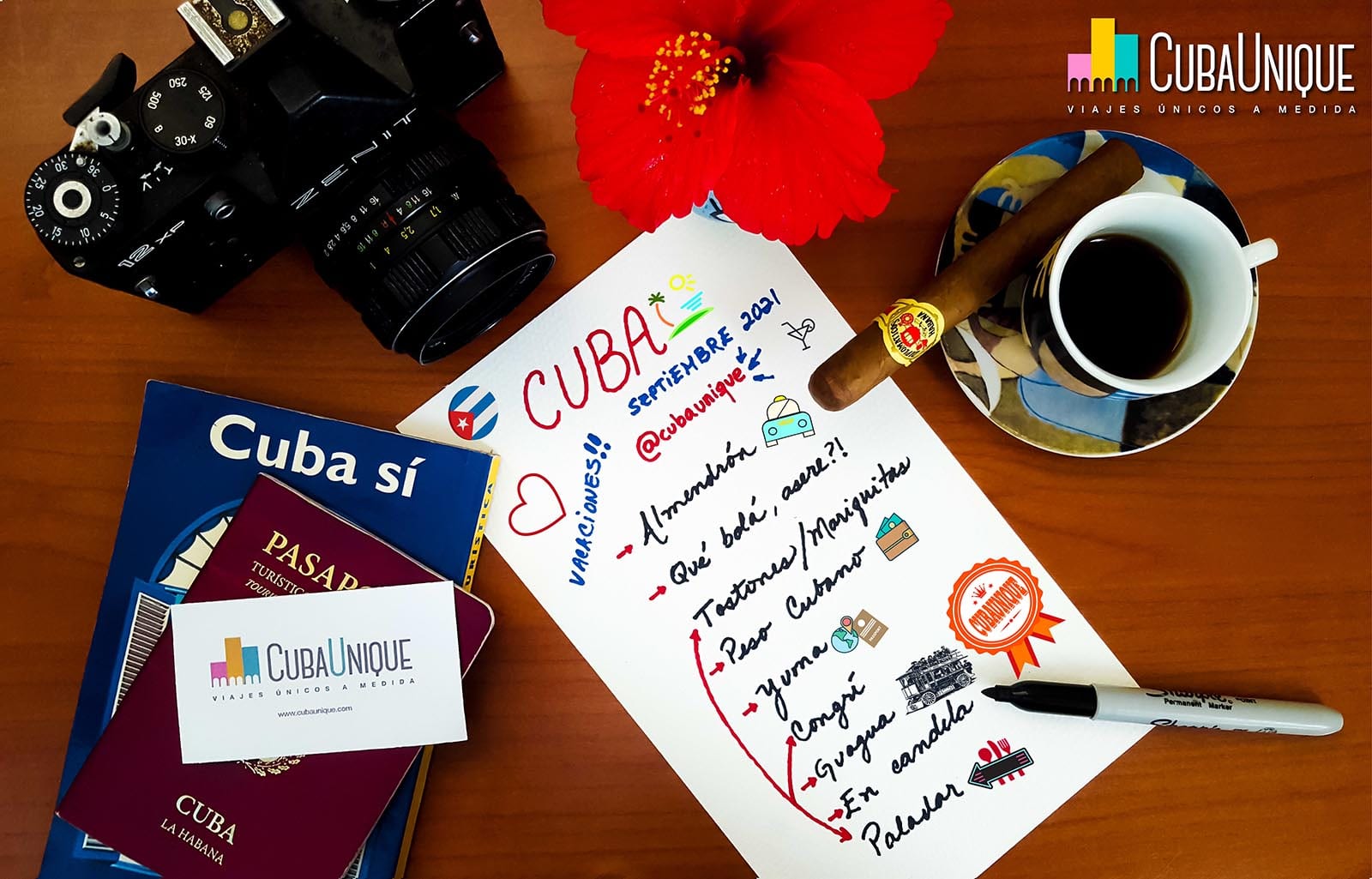