Accompanied by an independent guide, and an architect, we invite you to take an interesting tour that will allow you to know the history of the city through its eclectic architectural styles. Walking through the busy streets of Habana, you will discover jewels of architecture, besides other buildings that are forgotten or hidden to passers-by, as well as new ways to (re) build and renovate modern day Habana. 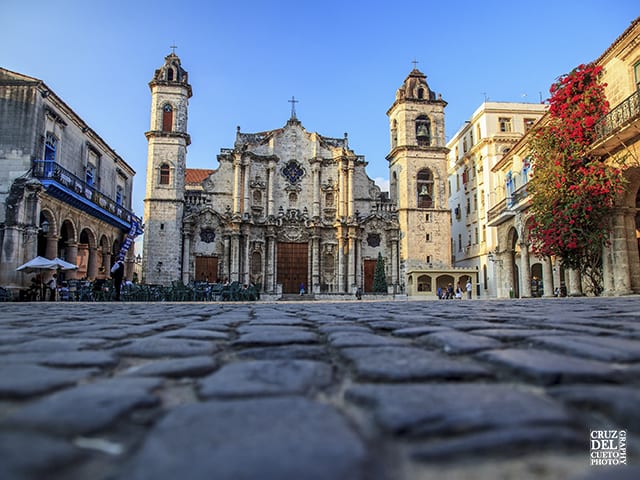 The route begins in Old Habana, meeting with an architect who will make a brief summary of the Havanian architecture from the colonial era to the present day.

Tour begins at Plaza de Armas, where the founding site of the former Villa de San Cristóbal de La Habana is located, El Templete, which once was the center of the administrative and military power of the Island in the colonial period. There, we will know about the emergence of a style known as Cuban baroque, the peculiarities of the colonial houses and the reason for the bright pastel colors.

We will take Mercaderes street, with its profusion of colors and typical characters to lead to the Plaza de la Catedral, surrounded by emblematic colonial palaces and dominated by the majestic Catedral de La Habana. You will enjoy the unique contrast between baroque and neoclassical styles of the Cathedral where the remains of Cristóbal Colón were before being transferred to Seville, Spain. If you want to see the young artists in the middle of the creative process, discuss their concerns and artistic techniques and buy good Cuban art, be sure to visit the Taller Experimental de Gráfica, located in the Callejón del Chorro. 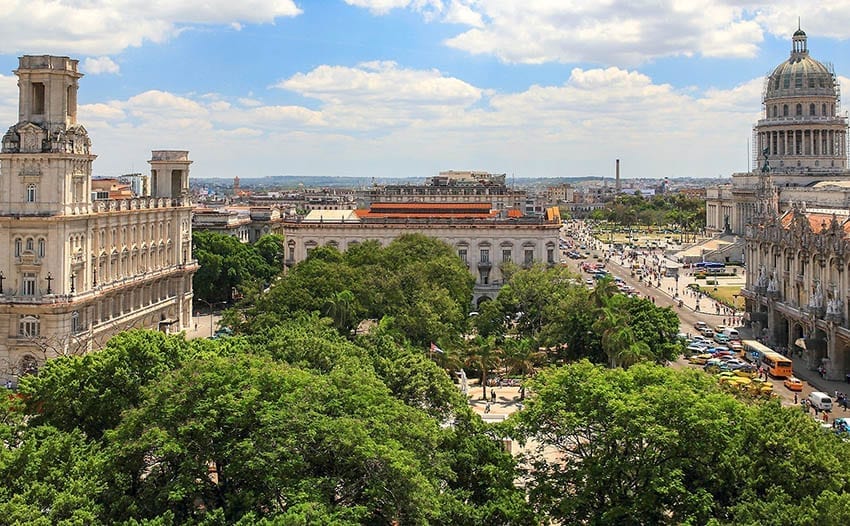 With a marked eclecticism, adding an explosion of colors, rhythms and smells, the Plaza Vieja opens itself to the passerby. In this square, 17th-century architectural styles are mixed with interesting modifications of the 21st century. The history of each building is as interesting and unique as its appearance.

Time to enjoy a coffee or cocktail in one of the most original bars in the historic center, El Dandy, an old cellar that was turned into a bar.
From here, we will be one step away from Edificio Bacardí, to know the history of the masterpiece of Art Deco of Habana.

We continue our journey until Parque Central, site that marks the transit of the city from the 19th to the 20th century, and where the first monument in honor of José Martí, the National Hero of Cuba, was erected.

We can take pictures of the Capitolio Nacional, the most ambitious and grandiose building of the 20th century in Cuba, or of the Gran Teatro de La Habana Alicia Alonso, majestic eclectic building, as well as of other splendid buildings that surround this park.

Paseo de Martí, better known as Paseo del Prado, is one of the most eclectic boulevards on the entire Island and a perfect place to see Havanans in their daily routine. 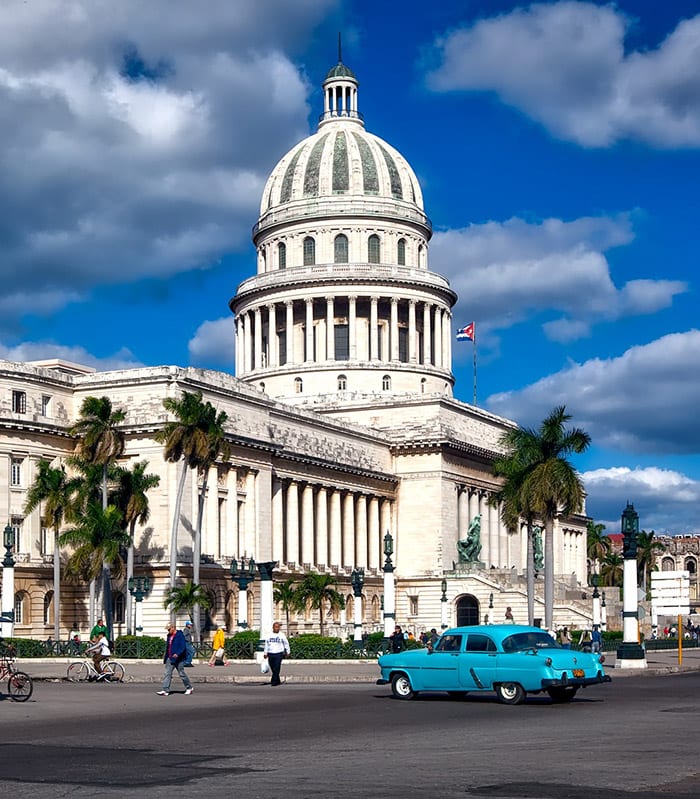 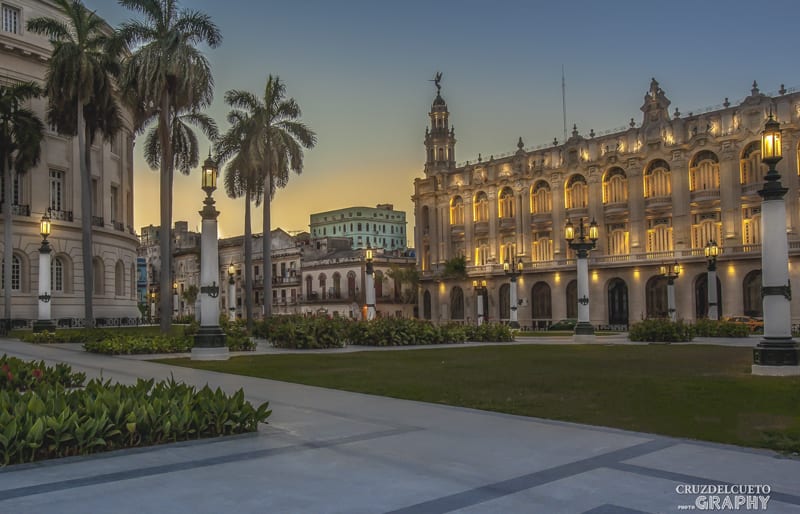 Walking, we will arrive at Malecón, from where we will depart in a vintage American car to take a panoramic tour of the Malecon avenue, passing through the Universidad de La Habana, hotel Habana Libre and the popular corner of calle L y 23, FOCSA building- one of the jewels of Cuban civil architecture–, until you reach the Hotel Nacional, an ideal place to enjoy an aromatic coffee overlooking the sea on the terrace of one of the most classic and emblematic hotels in Havana, due to the history it collects and the personalities that have stayed there. 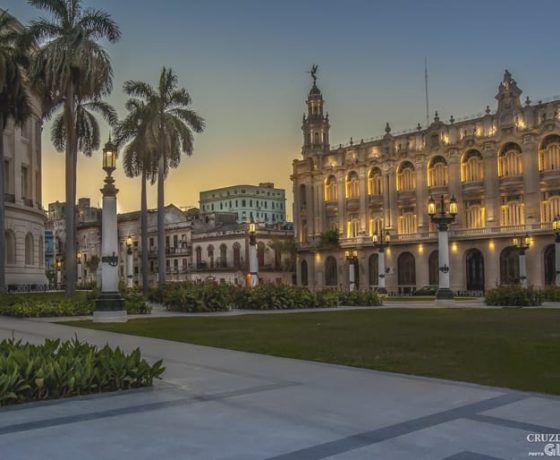 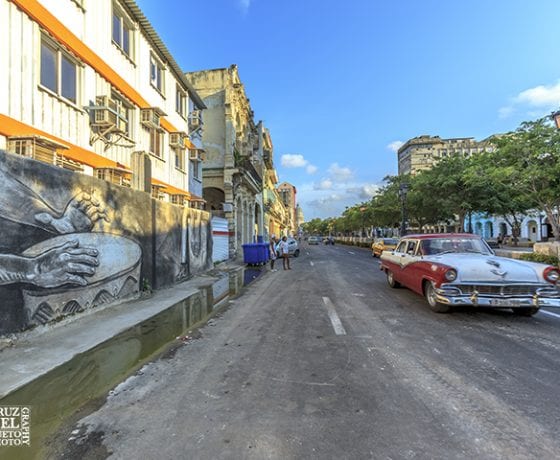 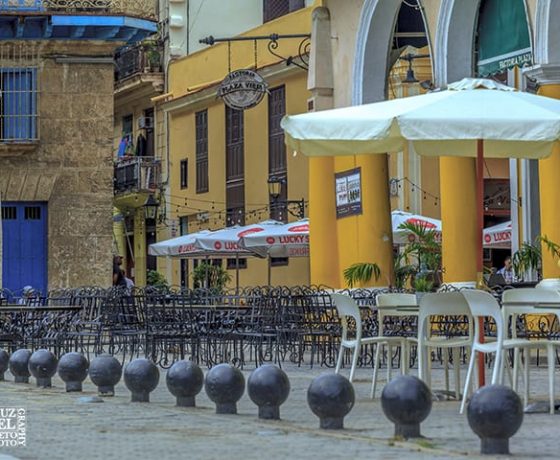 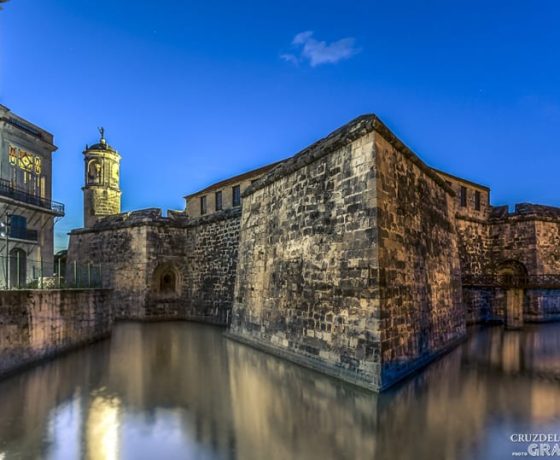