Latest news in Cuba in September 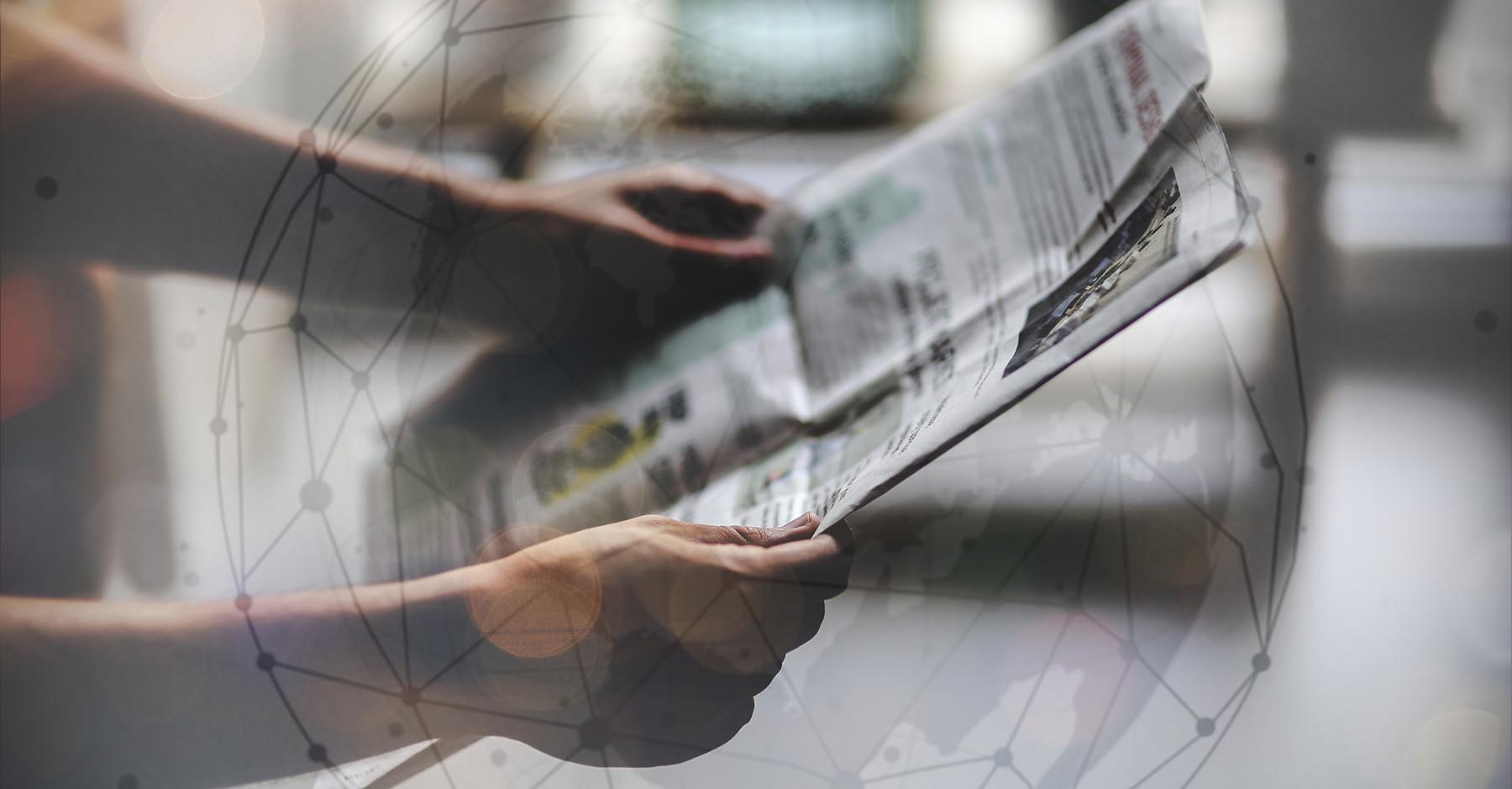 If you want to keep up to date with what is happening in Cuba, we offer you a brief summary of the latest news both social and economical of the month of August that you may find interesting.


In the breaking news of Cuba there are many current debates around the very delicate epidemiological issue that the country is going through, and how it has been influencing the rest of the social and economic spheres.
There are numerous economic debates as well as in the field of education and health. Certainly the high infections by COVID-19 in Cuba and the drastic drop in tourism have taken their toll on the island. Gross domestic product fell 11% in 2020, the second worst figure in history, after the 14% crash in 1993. 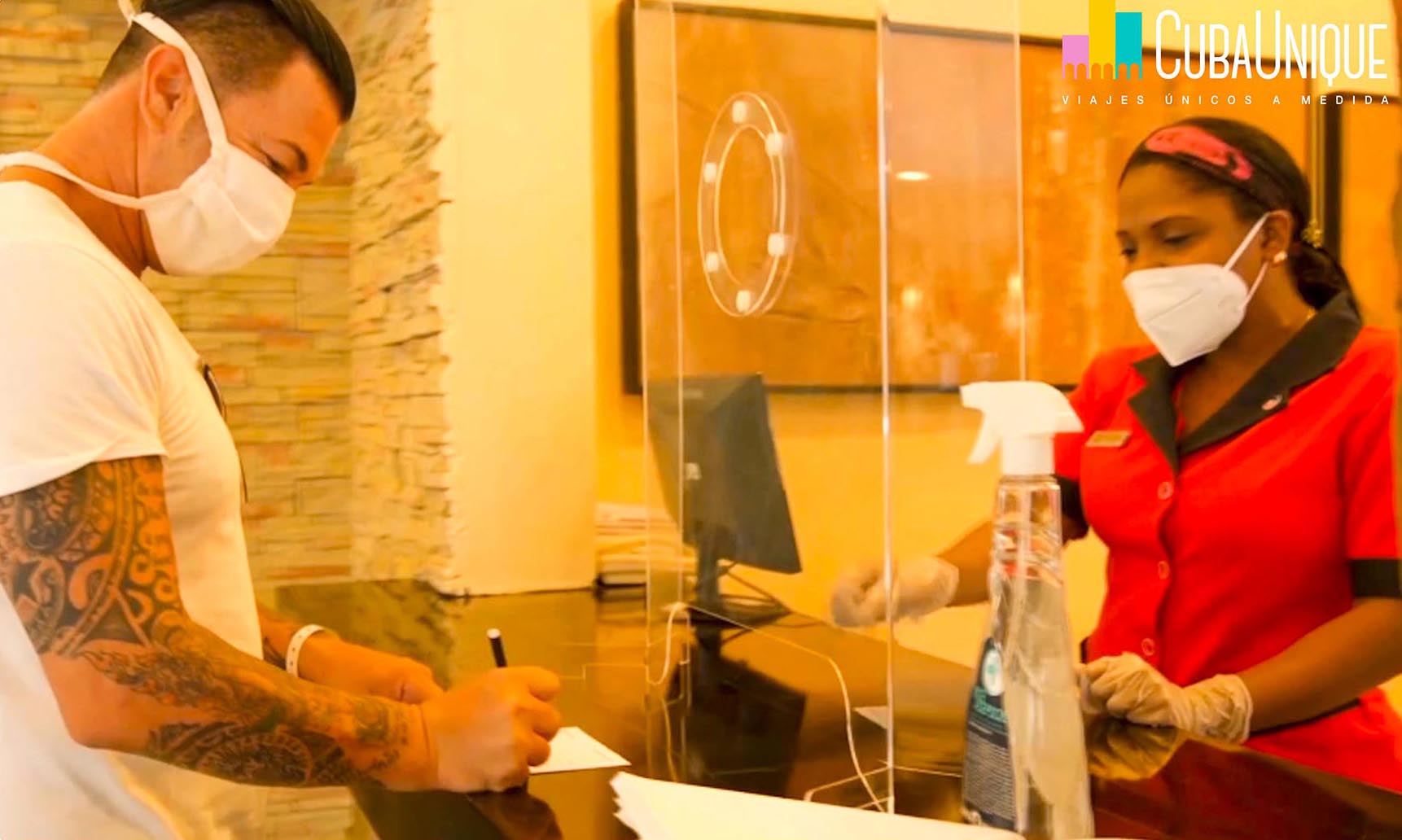 Cuba prepares its reopening to tourism for November 15 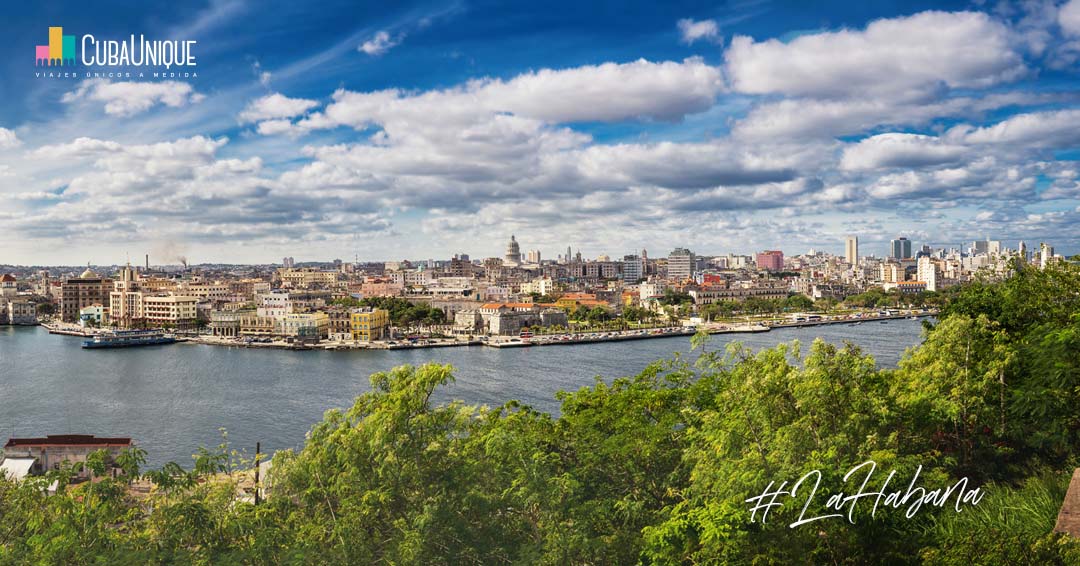 To travel to Cuba, a vaccination certificate or a negative PCR will be required. The Ministry of Tourism of Cuba announced on September 6 by means of a informative note It is considered that the advance in the vaccination process in Cuba, and the perspective that more than 90% of the entire population will conclude the vaccination schedules in November. Thus, the conditions for gradually opening the country's borders as of November 15, 2021.

It was also announced that hygienic-sanitary protocols will be made more flexible for the arrival of travelers, which will focus on monitoring symptomatic patients and taking temperature. In addition, diagnostic tests will be carried out randomly, a second PCR will not be required upon arrival and the travelers' vaccination certificate will be checked. None of these measures is official yet, so at this time if you are a foreigner and travel with a organized trip with an authorized agency (transportation and accommodation included) you have to present a PCR taken up to 72 hours before, as well as undergo another free PCR upon arrival in Cuba, and wait between 24-48 hours in isolation at your hotel until you receive the result, regardless of whether you are vaccinated or not. If you are a foreigner and you travel on your own without any type of organized trip, you will have to do a mandatory quarantine of 5 nights. You can consult here all the information related to the situation of Covid-19 in Cuba and the entry requirements to Cuba.

Hurricane Ida moves away from Cuba 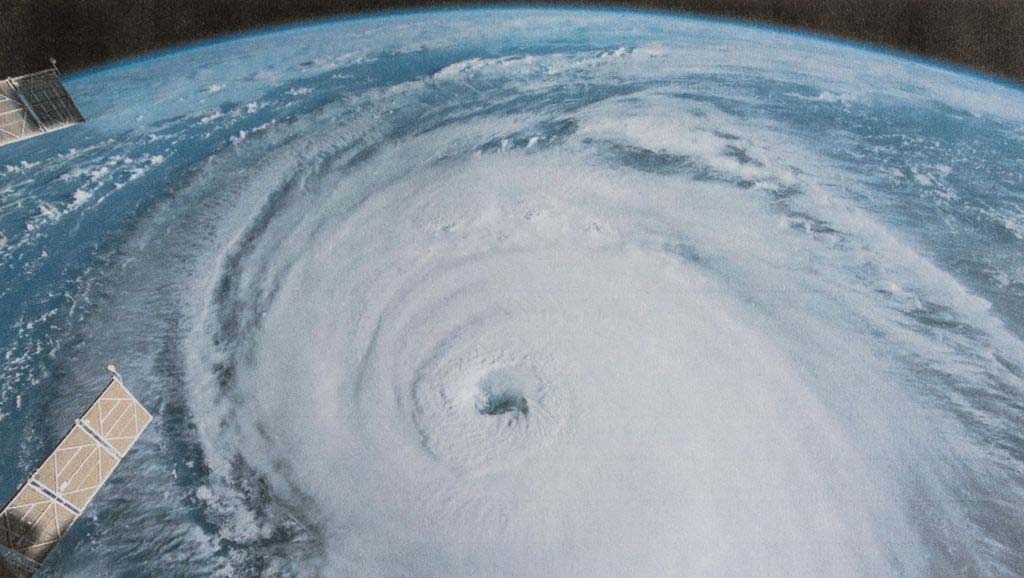 After long hours of rain and winds in western Cuba, Hurricane Ida moved away from the coasts of Cuba without reporting human victims for the moment, although material damage to crops, electrical services, telecommunications and roofing facilities has been reported.


Ida, the first hurricane to hit Cuba in the current hurricane season, made landfall, categorized as strength 1 (out of 5), on Isla de la Juventud and then on Pinar del Río, in the westernmost part.
The Civil Defense of Cuba announced on August 28 the transition to normality and the recovery phase of the affected western territories.
Since July, Cuba has been on the path of cyclones such as Tropical Storm Elsa, Depression Fred and Hurricane Grace, which threw rain on the west of the island without causing serious damage.
The last time a large hurricane affected the Caribbean island was in 2017, when Irma left 10 dead presons and considerable material losses.


The bolero declared cultural heritage of the nation 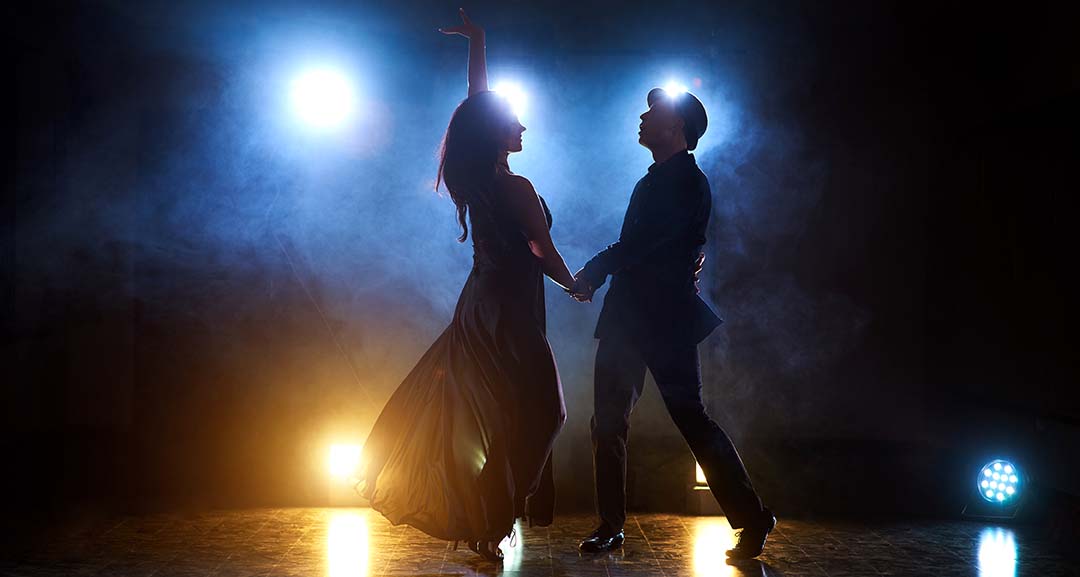 One of the most traditional genres of Cuban music is the bolero. There are many songs of this genre that have accompanied lovers, dance couples and bolero nights by candlelight.


Great Cuban voices such as Miguel Matamoros, Antonio Machín, Benny Moré and Celia Cruz have performed songs wich have become world classics. "Contigo en la distancia”, “Si llego a besarte” and "Lágrimas negras" are some of the titles that you may know, having been performed by international musicians.
This vocal, instrumental and danceable genre has been worthy of the recognition as a Cultural Heritage of the Nation in order to enhance the visibility of this cultural halmark.
With a long tradition, the Bolero arose in the city of Santiago de Cuba in 1883, and since then he has been present at night serenades, gatherings , informal gigs and clubs.
Next time you travel to Cuba, you can plan to discover Festival Boleros de Oro . It may be a good choice.


Cuba approves the creation of small and medium-sized companies

Economic reforms in Cuba are making their way, the most recent being the approval of the Decreto-Ley 46 authorizing the creation of private SMEs , thus offering the private sector the possibility of inserting itself into the legal system.


It is a decision that has been eagerly awaited by Cuban entrepreneurs, who now have the opportunity to create private and semi-private SMEs.
Those who wish to create their own companies may export and import respecting the provisions of current legislation. In addition, they can set prices for their own services and goods.
However, there are certain conditions, such as the impossibility of creating SMEs in areas such as health, telecommunications, energy, defense and the press.


Visa restriction at the Spanish Consulate in Havana 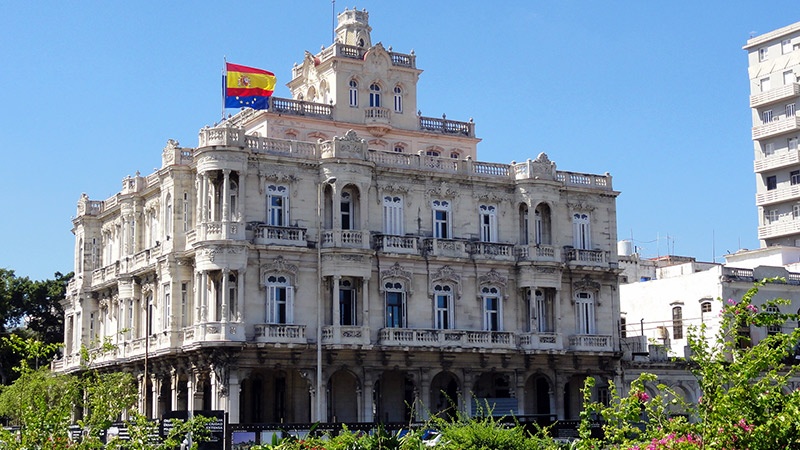 One of the most commonly consulted topics is about Cubans traveling abroad and the requirements to do it.
Given the epidemiological situation that the country is going through, the possibility of travel has been diminished. However, the visa applications are still highly demanded, especially in the Consulate of Spain in Havana.
Recently said consulate has reinforced the decision to restrict travel from Cuba to Spain as long as they are not essential. Those short stay, tourist, family visit and business visas will no longer be granted.
In addition, restrictions on non-essential travel from third countries to Spain are extended until September 30, a list that includes Cuba.
If you are thinking about traveling to Spain on these dates, you can only do so for one of these reasons: family reunification of an EU / EEA citizen, studies, non-profit residence, residence for work and reunification under the general regime.


Start of vaccination in Cuba with Sinopharm, the Chinese vaccine

Cuba has 3 authorized vaccines produced on the Island which have been distributed over some months within the island. In addition to these, called “Abdala”, “Soberana 2” and “Soberana Plus”, a new distribution has begun, to apply the Chinese vaccine "Sinopharm", thanks to the donation of that country.


Immunization of the entire population is very necessary due to the high contagion figures in the Island.
Currently only 28% of the total population is vaccinated and the Government plans to finalize the plan of massive vaccination in November.
The use of each type of vaccine will depend on the high rates of virus transmission in the different cities, with combinations such as two injections of Sinopharm plus a third shot of Soberana Plus. 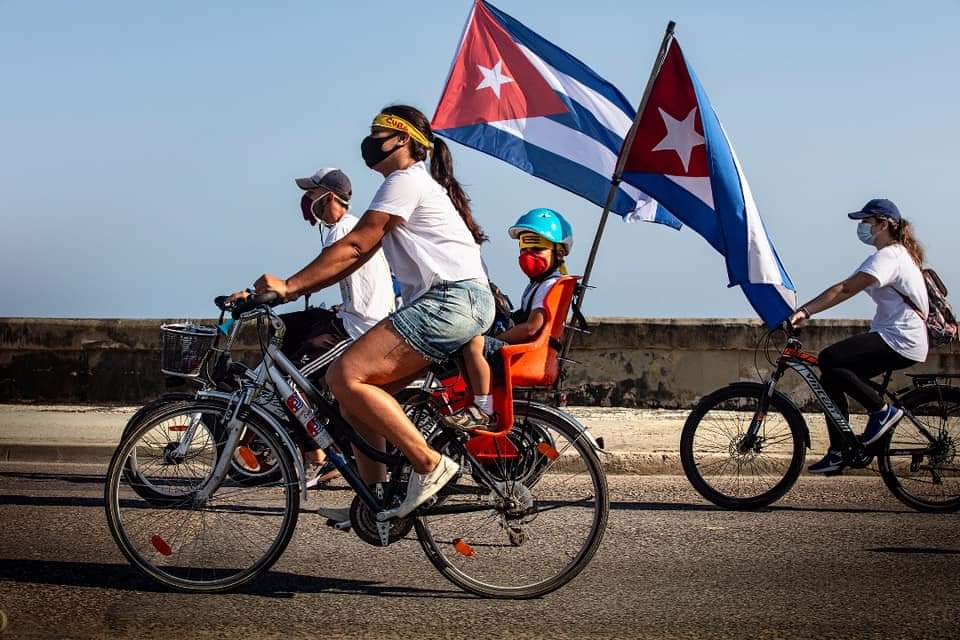 The economic embargo of the United States on Cuba is an issue that has affected Cuban society for many years.
The “Puentes de amor” rally integrates the community of Cuban emigrants in that country along with locals, who demand a change in policy towards Cuba from Biden. It is an initiative that seeks to reestablish bridges of love between Cuba and the United States, from a solidarity perspective.
Last Sunday, August 29, they gathered next to the monument in honor of Toussaint-Louverture, in Miami. In this meeting, in addition to expressing the need to put an end to the economic embargo to Cuba, showed their solidarity with the Haitian people, in the wake of the devastating aftermath of Tropical Storm Grace.
The “Puentes de amor” rally joins the rest of the caravans that have been carried out by car and bicycles in the month of August in Miami, New York, Los Ángeles and Seattle with the intention of rejecting the economic blockade and and propose the creation of links of communication and closeness between both nations.

It may interest you:
Julienne López Hernández
Degree in History of Art
www.artisticulturaltheory.com 0