Classic cars in Cuba are also an essential part of its history.

Linked to politics, culture, the mafia and even feminism (it is said that the first woman with a car license in Cuba "rode arrogantly in a red convertible car along Prado and Malecón"), the so-called "almendrones" have been present, especially in Havana life, since the beginning of the 20th century. 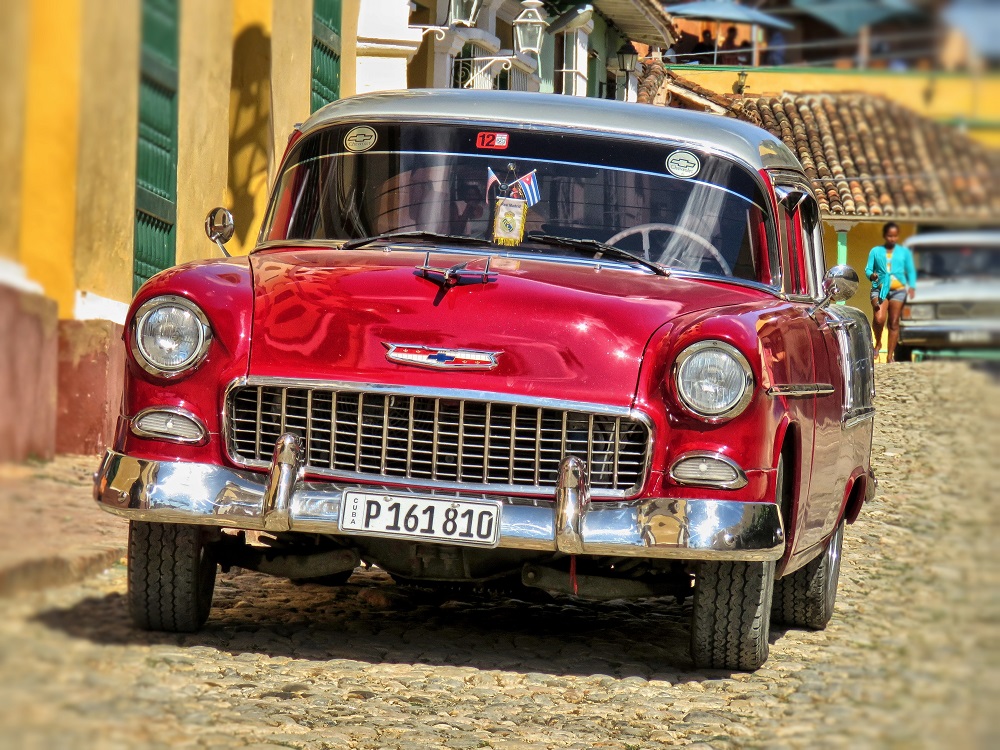 What is called almendrón in Cuba? 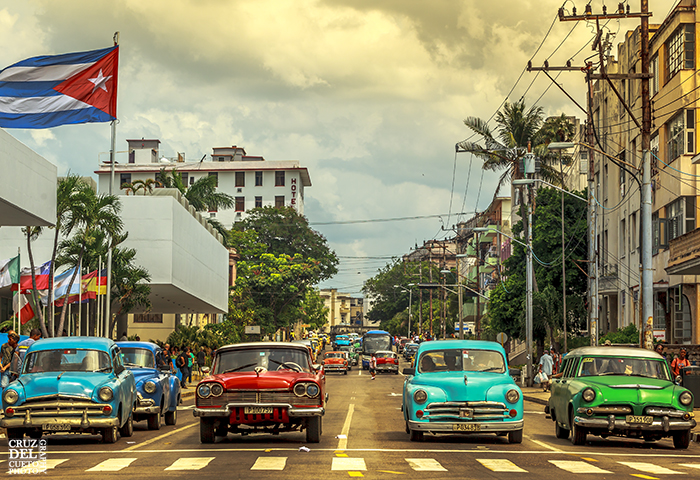 In Cuba, the American cars that have been rolling through the streets of Havana since the 1950s are known as "almendrón".

If you are wondering why they were baptized with such a sui generisname, the answer is simple: because the shape of these cars resembles that of a giant almond.

These cars, which already have Cuban nationality, are also known as "carros de 10 pesos", since most of them worked as fixed-route collective cabs on main streets and avenues. 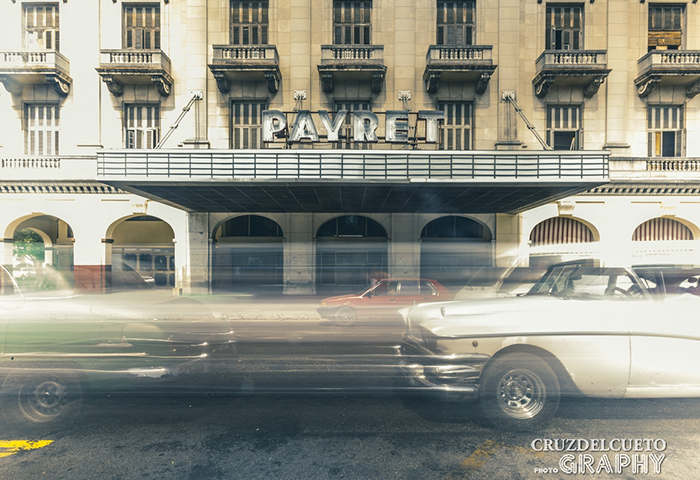 Currently, the almendrones continue to operate as collective cabs, but the fare has already increased somewhat.

The drivers of these cars are known as "boteros", which is why, in the glossary of popular cuban phrasessomeone who dedicates himself to "boating" is nothing more and nothing less than a bus driver. 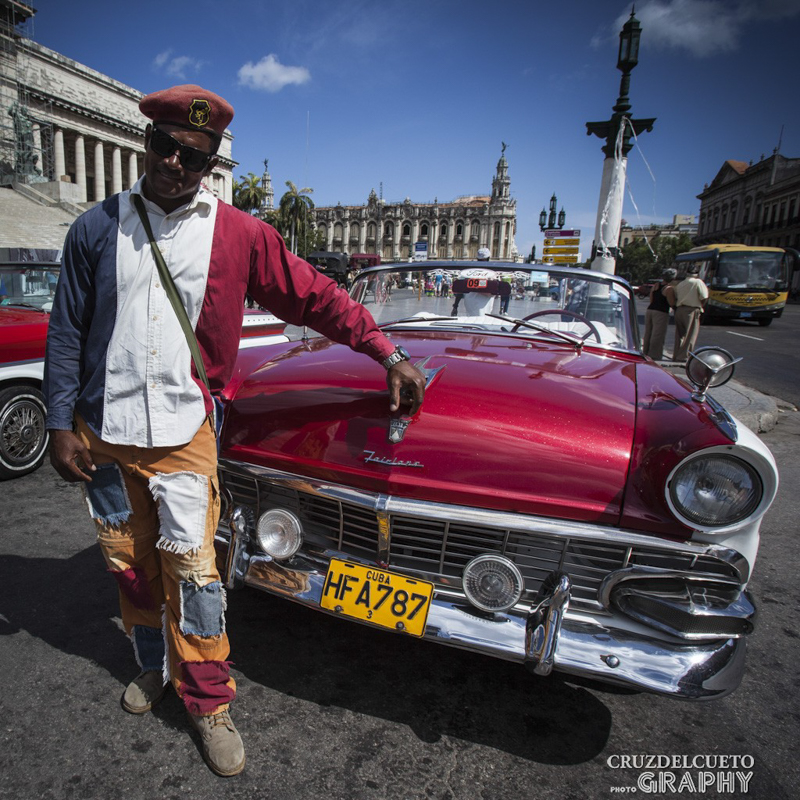 How and why were the "almendrones" manufactured?

It turns out that, at the end of World War II, thousands of war tanks and guns were left in U.S. Army warehouses and parking lots, along with tons of steel from Japanese and German weapons and ships. 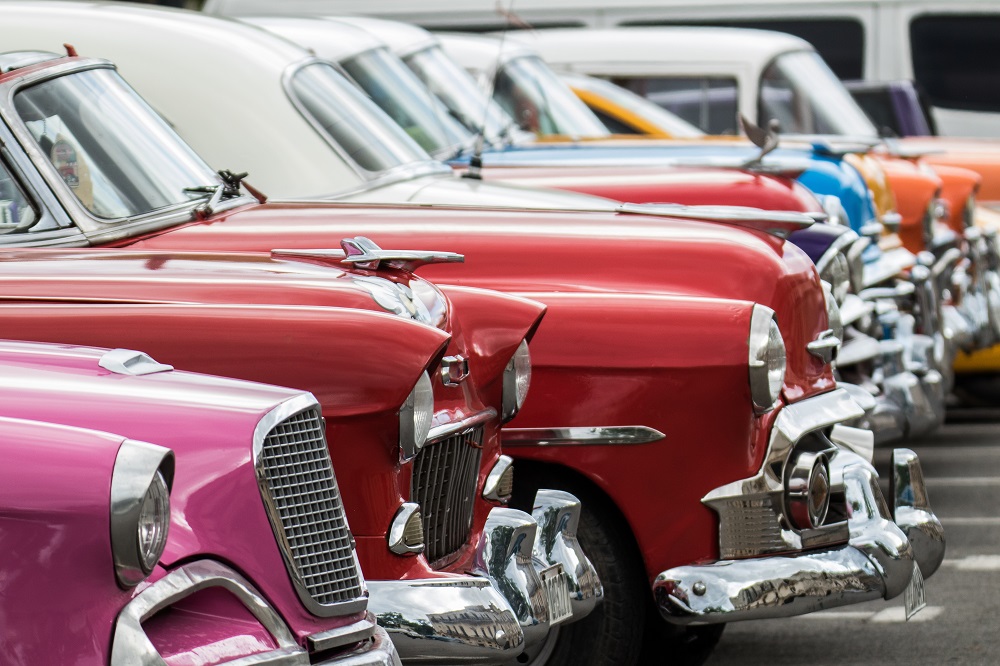 What to do with all that? Well, let's just say it was a good time to recycle. All the war scrap began to be used for the construction of automobiles.

For Americans, who were enjoying an unprecedented economic boom at the time, car ownership was established as one of the fundamental benchmarks of prosperity and status. 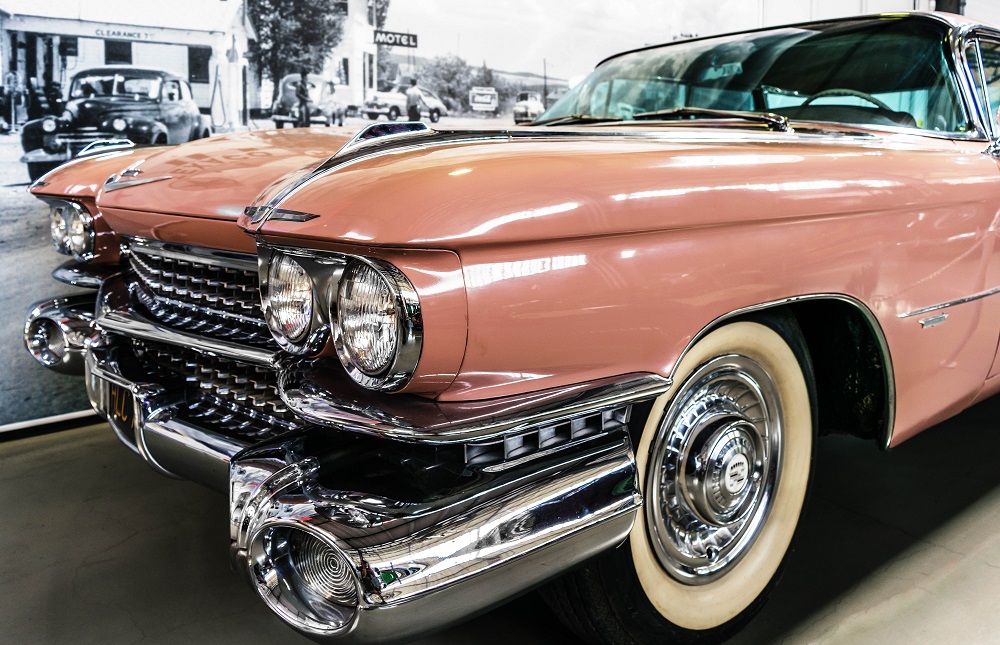 The new cars had great size, elegance and power, so that the American automobile industry, which had stopped civilian production since 1942 to devote itself to armaments production, returned with new vigor four years later.

How do American cars get to the Caribbean island?

Thousands of these new American cars began to be imported into Cuba by enterprising entrepreneurs in the 1950s. 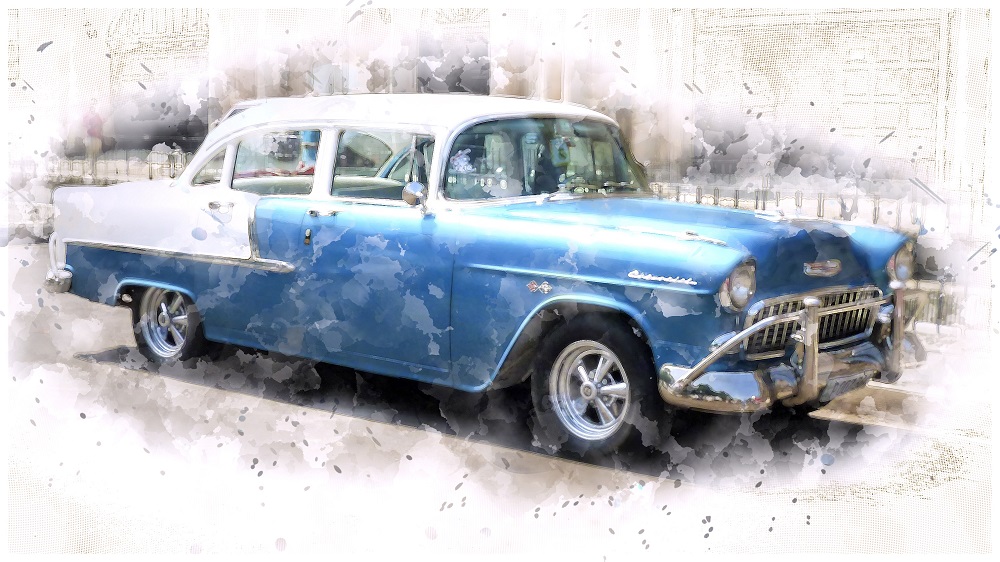 Several models of brands such as Chevy, Pontiac, Ford, Cadillac, Buick, Plymouth, Studebaker, Packard, among many others, became common on Havana's streets. According to statistics, in the 1950s there were more Cadillacs per capita in Havana than in New York. 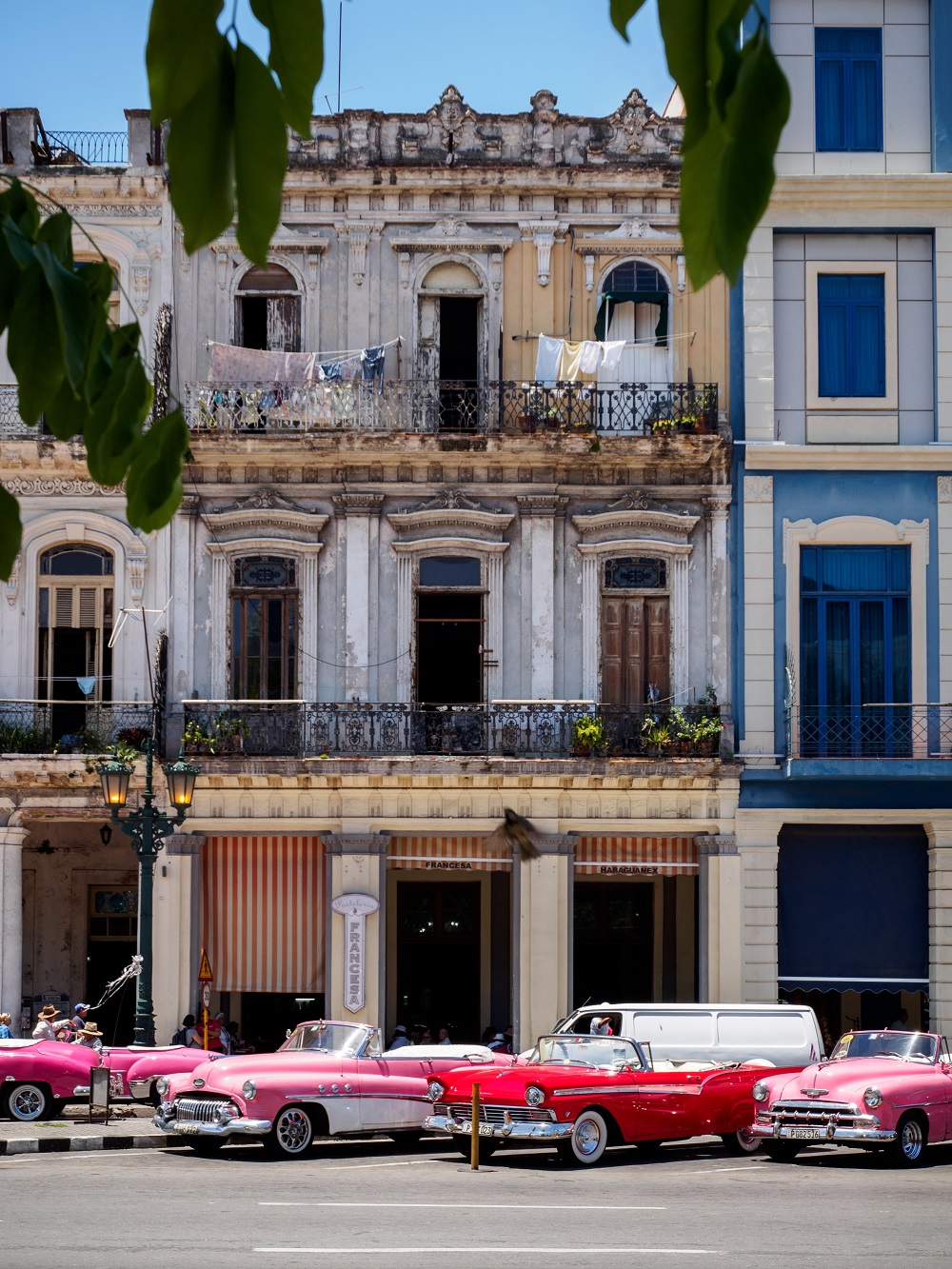 These cars landed in Cuba during the time of Fulgencio Batista, who ceded Havana to test and promote the cars that would later be marketed in and from the USA.

Many of them remained in Cuba and today they make up the fleet of luxury cars that give life and color to the streets of Havana. 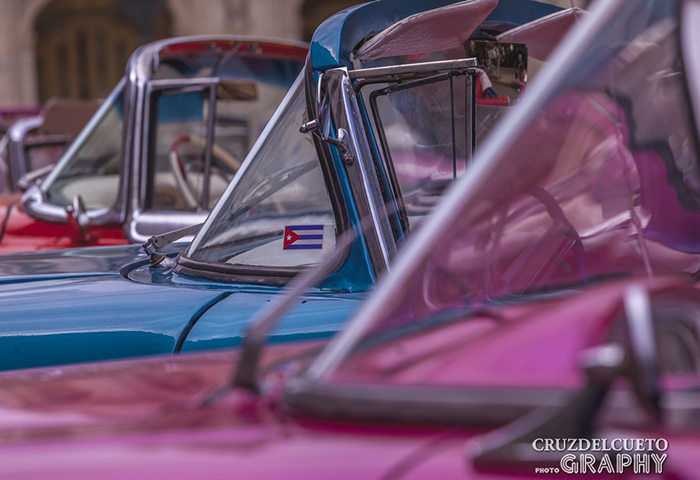 A curious fact is that Hotel Iberostar Grand Packard, located in front of Havana's Paseo del Prado, bears the name of the famous American luxury car brand because its first floor was once home to Porsche and Packard car dealerships. 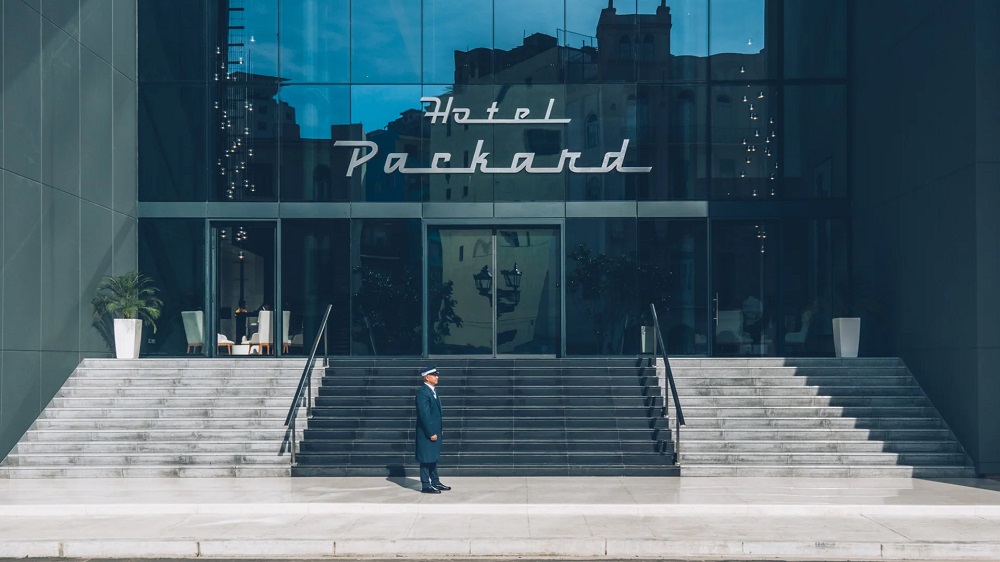 In Cuba, almendrones have been preserved out of necessity, and this has been awakening a growing taste and interest in these luxury cars and their preservation. 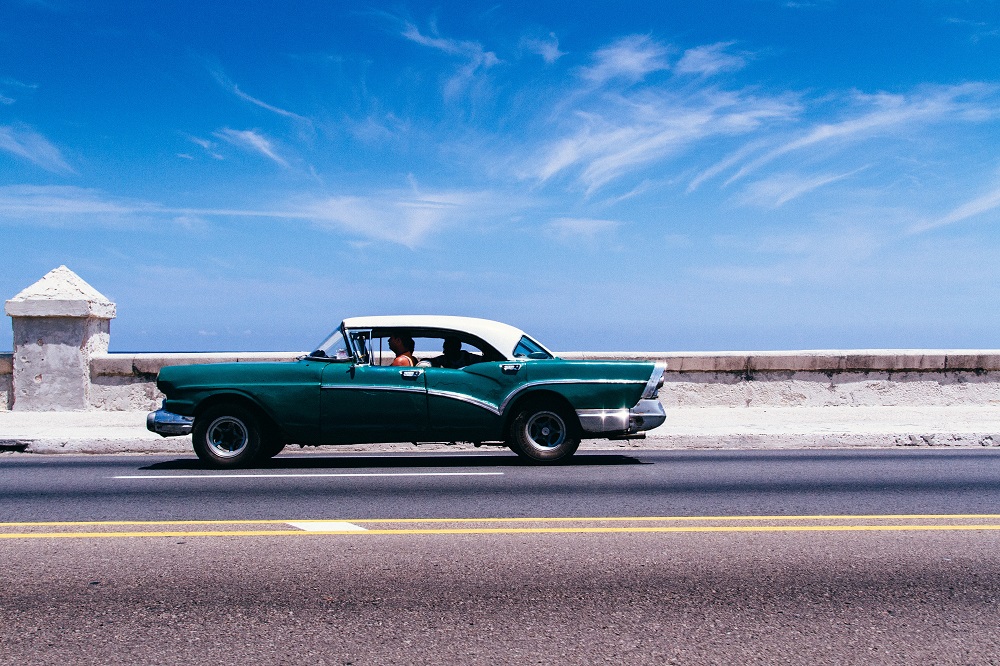 These cars have promoted the passion for ,, not only among their owners, but also among the thousands of passers-by who enjoy the spectacle offered by the almendrones in Havana. 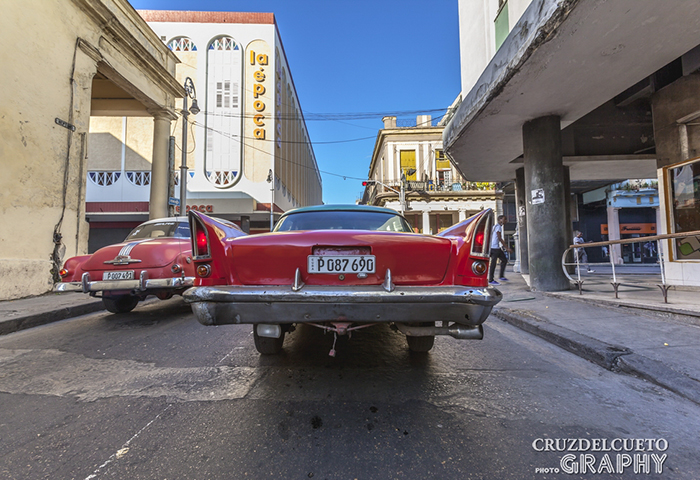 Between 2016 and 2017 the celebrities and U.S. government officials riding around the boardwalk in almond cars unleashed an unsuspected furor for these cars and placed the tour in classic car in Havana at number 1 on the podium of the activities to do in Havana. 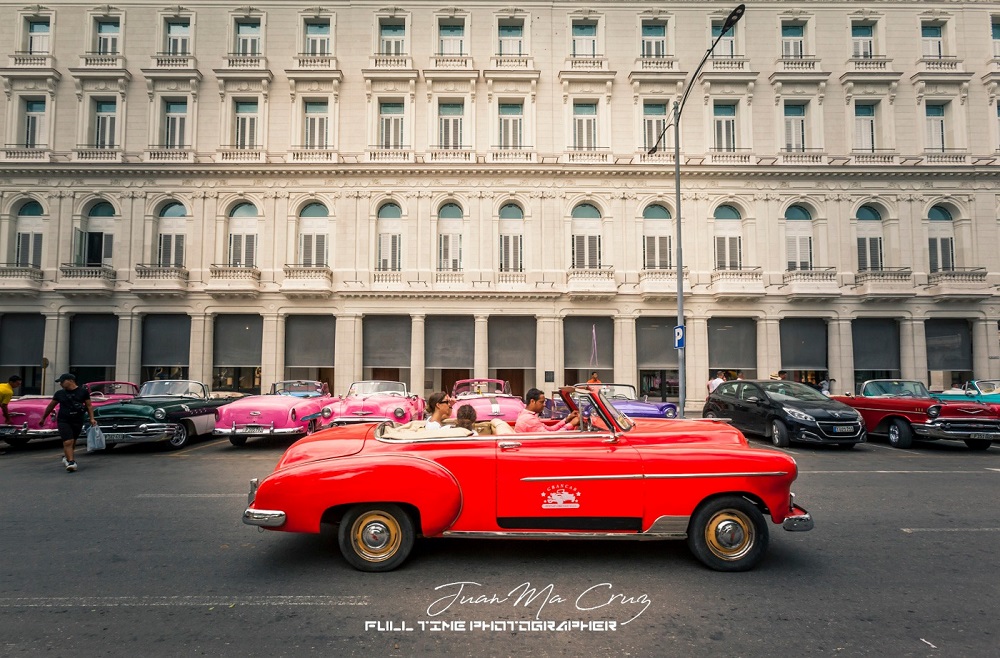 Although since 2012 the Spanish firm YERSE had set its spring-summer collection in a Cuba whose most conspicuous element was the classic almond tree.

These roofless cars, but loaded with poise and elegance, are also an essential element in the photos taken by cuban quinceañerasLong dresses of lace and tulle float over the seats of these cars, to be immortalized in the memories of that beautiful age. 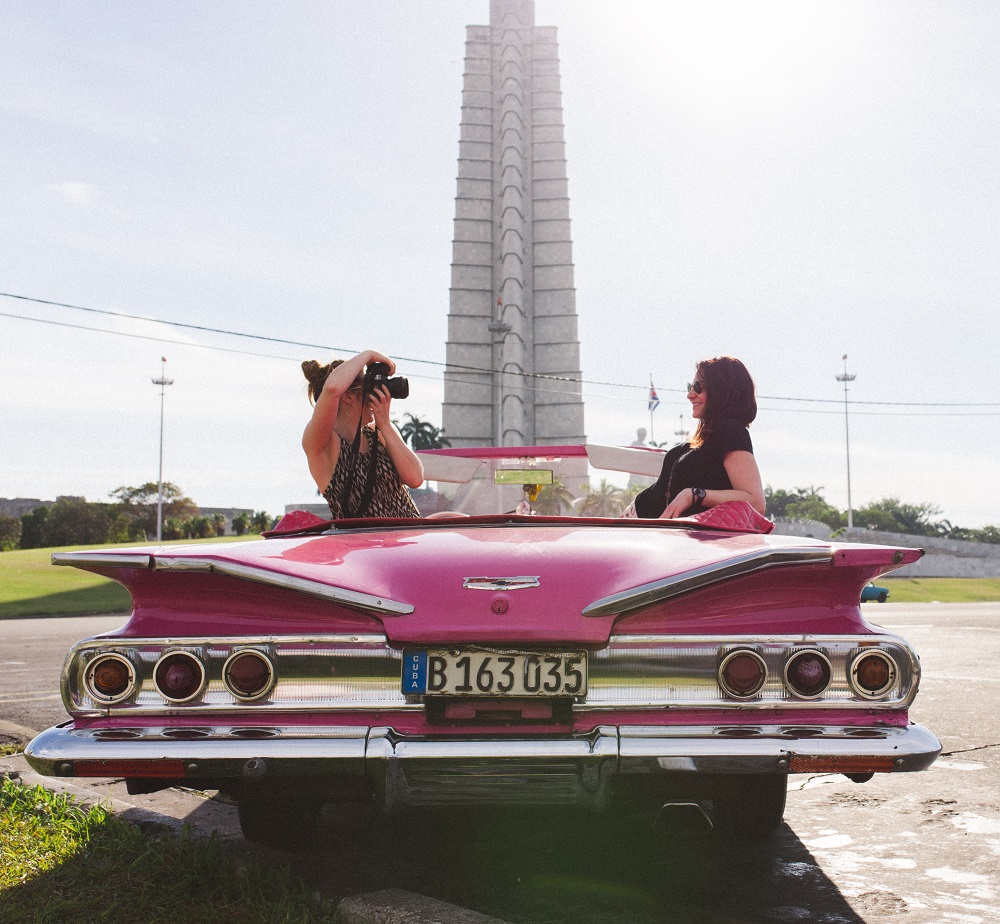 A few years ago, it was also the custom in Cuba for the bride and groom to ride through the city on the back seat of an almendrón, which makes its way through the streets with very original honking horns. 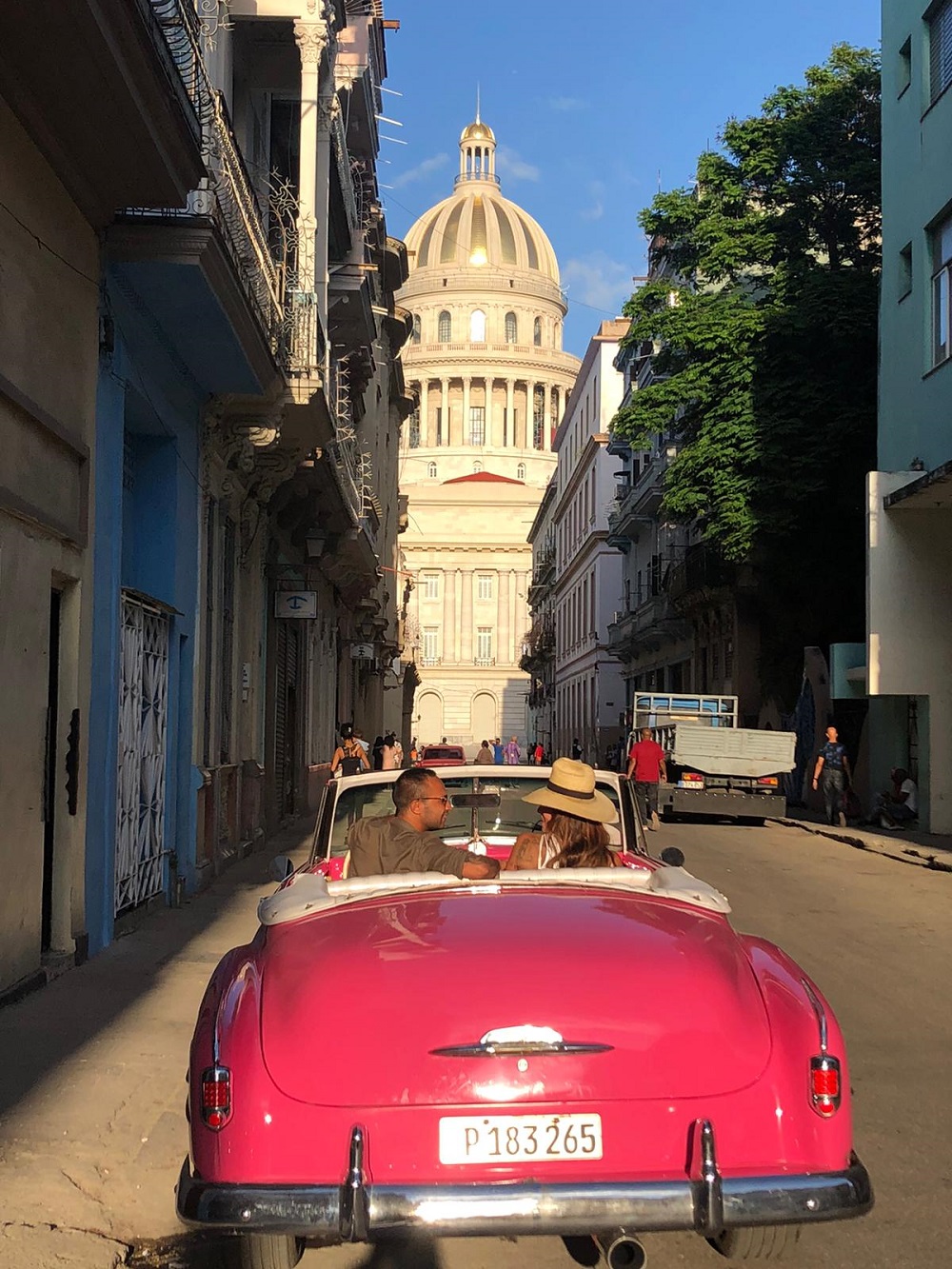 Almendrones mechanics, the geniuses of the century! 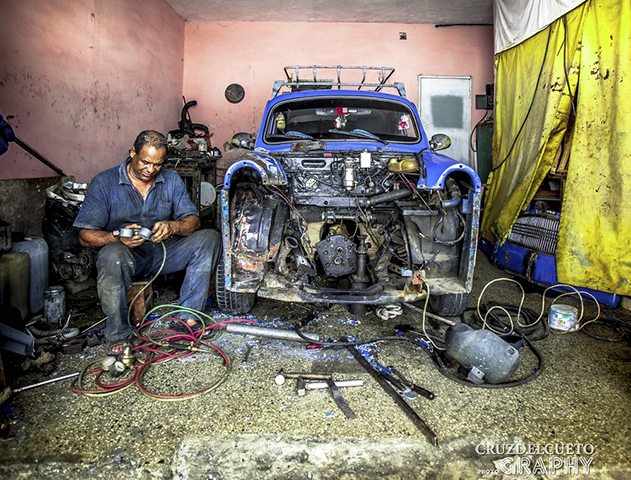 Between nationalizations and economic blockade, American cars began to suffer more and more from the lack of spare parts and maintenance needed to survive in the tropical climate.

The owners of almendrones, even if they were not mechanics, had to assume this as their new profession, in order to keep their car-reliquias alive. 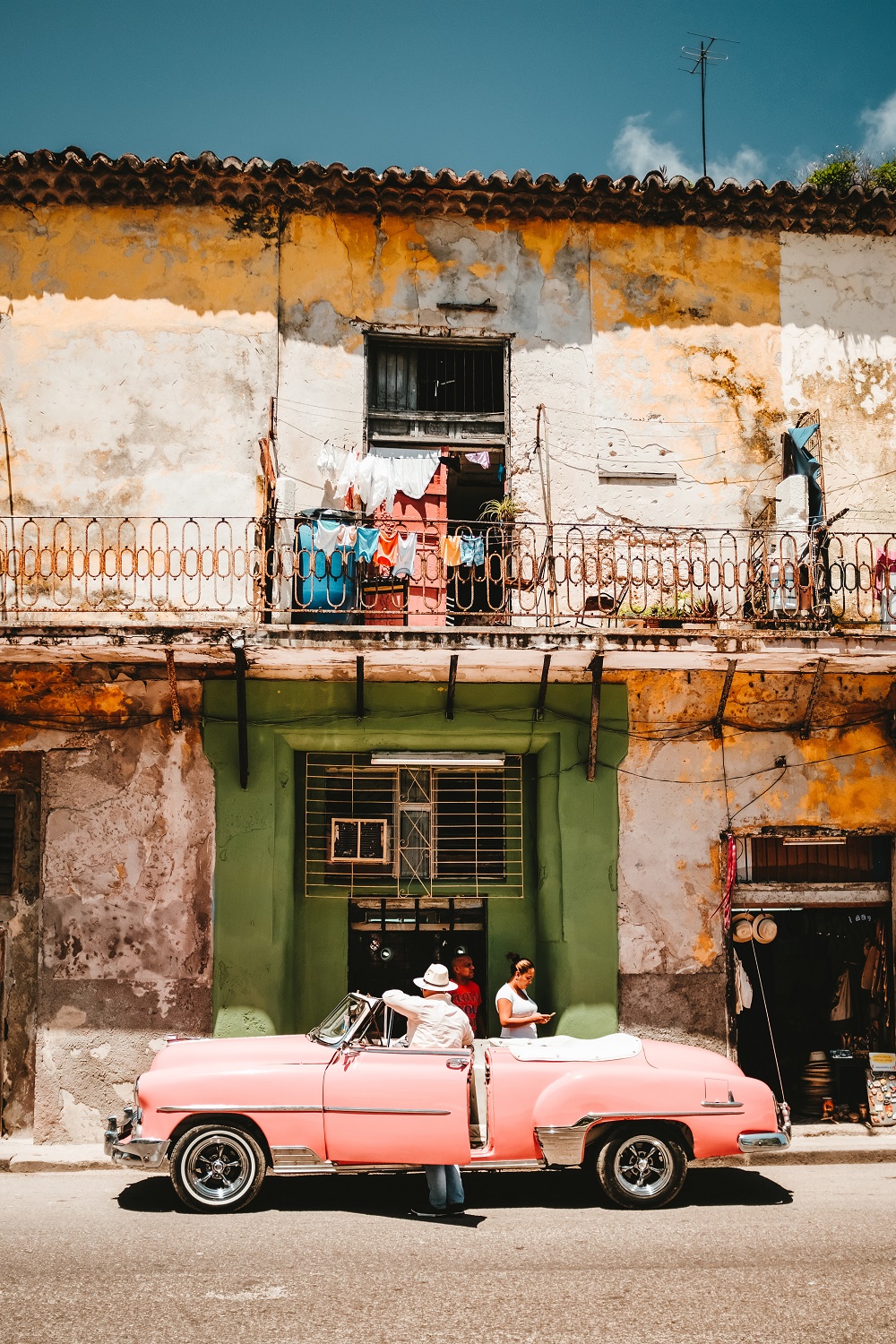 All agree that it is extremely difficult to obtain the parts and pieces for these cars, since they have not been marketed in Cuba since the 1960s and, to obtain them, they would have to be purchased in the U.S. or another nearby country, which makes their maintenance or repair very expensive.

Although there are tenacious dreamers who, with a great deal of effort, have managed to create companies such as Nostalgicar.Julio and Nidialys have this beautiful fleet of classic cars recognized worldwide. 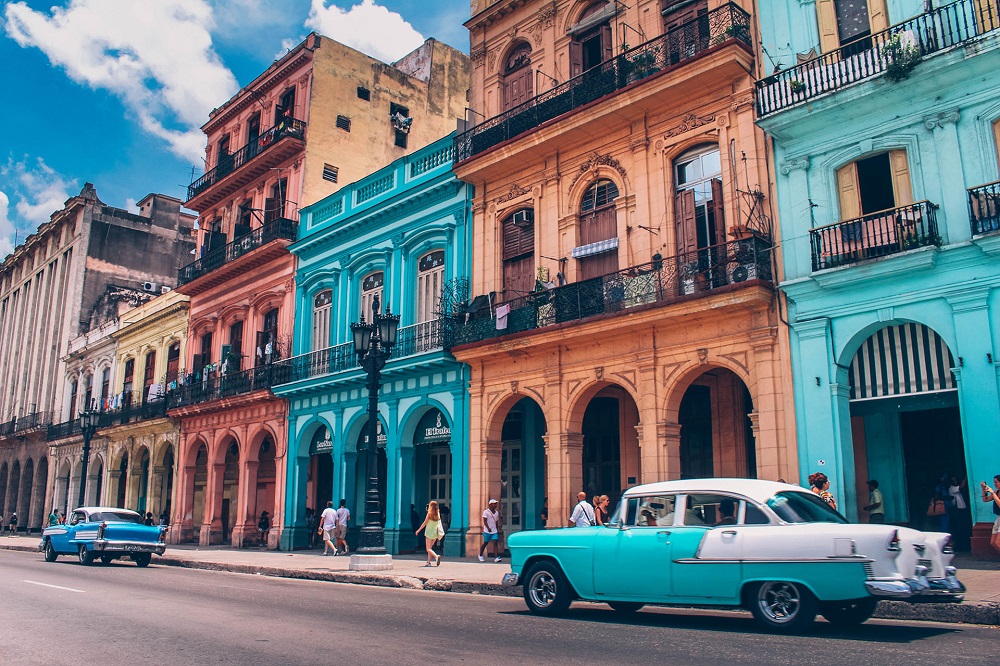 In fact, Julio says that it was the famous American actress Susan Sarandon who baptized the company, confessing that when she rode in an almendron what she experienced was nostalgia. And yes, almendrones carry a large dose of nostalgia, as they embody the contrast between the new and the old, today and yesterday, the great empire and the small Caribbean island. 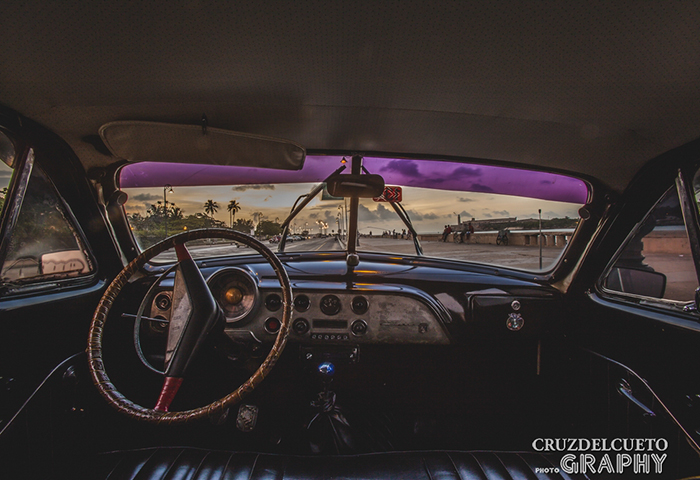 Do you dare to ride around Havana in an almendrón?

The panoramic tour of Havana in a classic car will be without seat belts, airbag, or ABS, but as authentic and fun as the landscapes you will travel through. 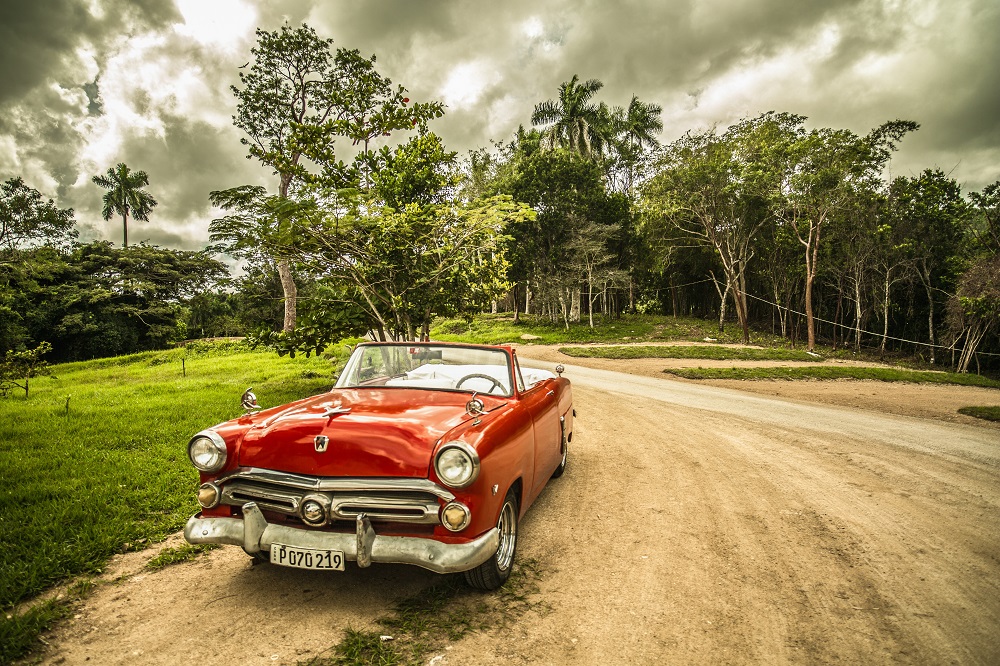 Havana is a living museum where these cars circulate and will take you beyond the walls of the Old Havana or the 5th avenue in modern Havana.

Riding in a convertible car in Cuba is more than just taking a cab and paying for the ride. It is to come into contact with years of history, it is to get into a car with pedigree, the main thing is to talk to the driver, who is surely an artist of mechanics. It is, like all the activities we organize, a journey of sensations. 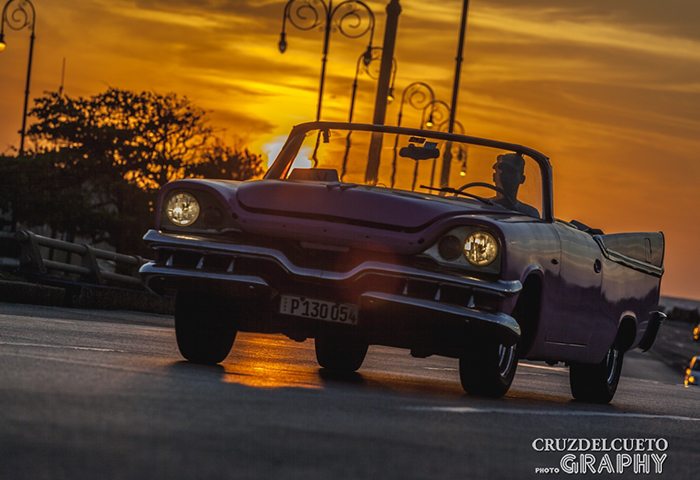 We encourage you to visit Cuba, not only to drive through the streets of Havana in a brand new convertible car, but also to immerse yourself in its interesting history and architecture.

We invite you to discover its traditions, its oldest colonial villas, the best accommodations, its unique corners of nature, its paradisiacal beaches, its Creole gastronomy and, above all, the friendliness of its people.